Been a while since we had a photo special and as a lot of interest in a certain open top vehicle appearing once more along Yarmouth sea front i thought a nice trip down memory lane is in order!.
With the help of David Waters and the late Jim Long i have a selection of Photos showing the many looks of the Open Top Bristol VR's operated by Eastern Counties back in the day. 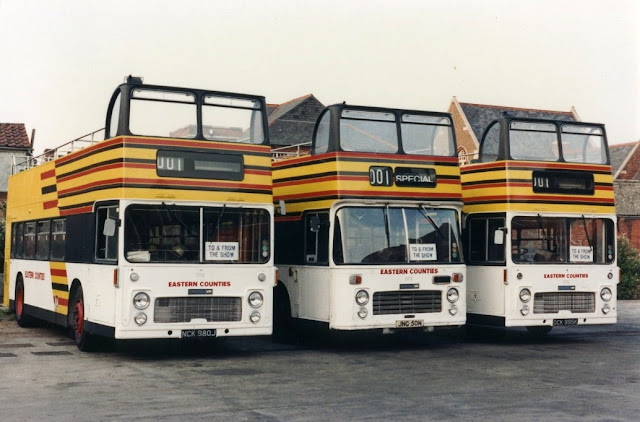 First photo goes back to May 1987 and three open toppers are pictured at Ipswich depot ready for use on shuttle duties to and from what i presume would have been the Suffolk Show. All in the livery which was named the Wasp!. 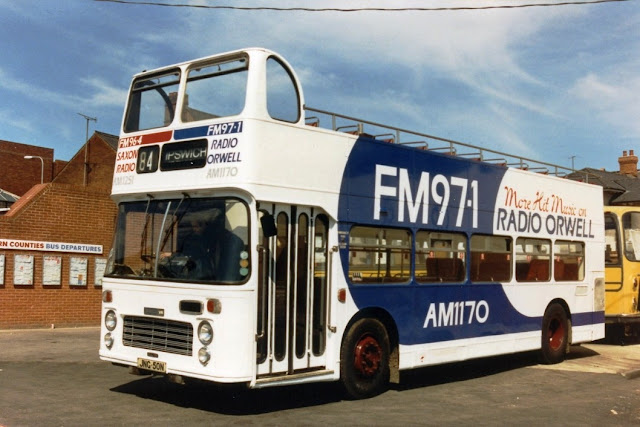 A year on to 1988 and JNG50N is pictured at the Old Cattle Market Bus Station in Ipswich wearing a livery showing two local Radio stations, it was Blue on one side for Radio Orwell with Saxon Radio being promoted in Red on the other. 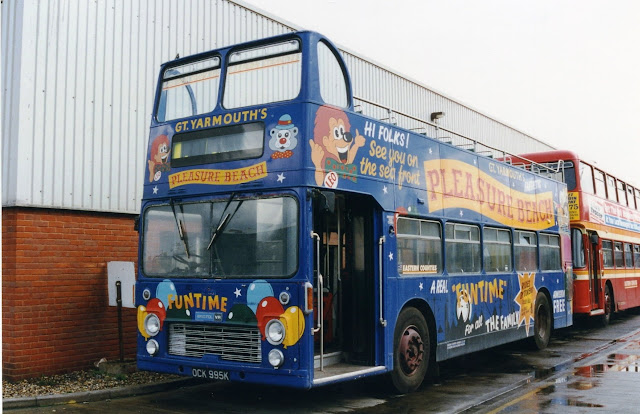 Next up is OCK995K pictured at Lowestoft Depot wearing the dark blue version of Pleasurewood Hills livery, a lighter version was also worn by the vehicles. 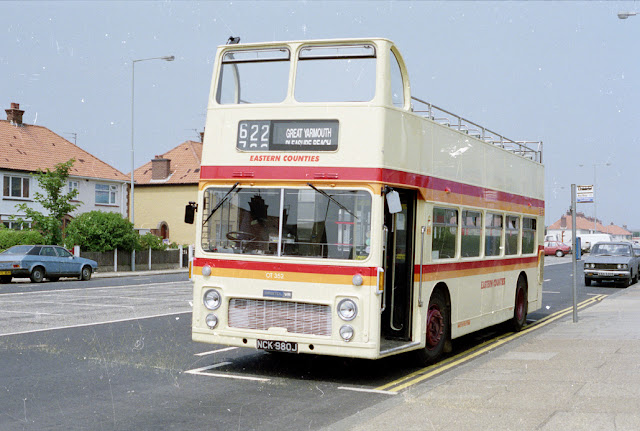 Finally we see NCK980J parked opposite the Pleasure Beach freshly painted in a  variation of the privatised coach style livery, note its fleet number has changed from OT4 to OT352 at this point.

Many thanks to David Waters and our good friend Jim Long for supplying the photographs of these vehicles in their many guises.

Grahame.
Posted by Norfolkbus at 14:52