The 2016 Worthing Seafront Bus Gathering and Running Day was held on Sunday last and marks 30 years since the deregulation of the bus industry. 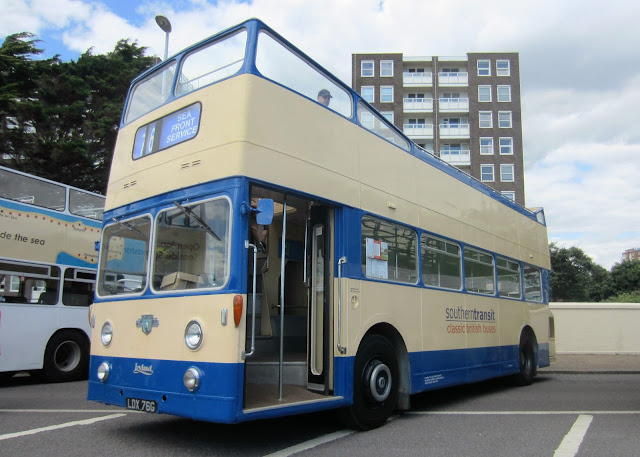 Having taken some 70 or so photos it has been difficult to decide what to include in this post and what to leave out. However, I had no hesitation in including Southern Transit's Open Topper LDX76G. As you may have guessed from the registration, it is an ex Ipswich Leyland Atlantean PDR1/1 delivered in November 1968 as No 76. The ECW body was originally H43/31F. This vehicle was later sold to Eastbourne and converted to open top. 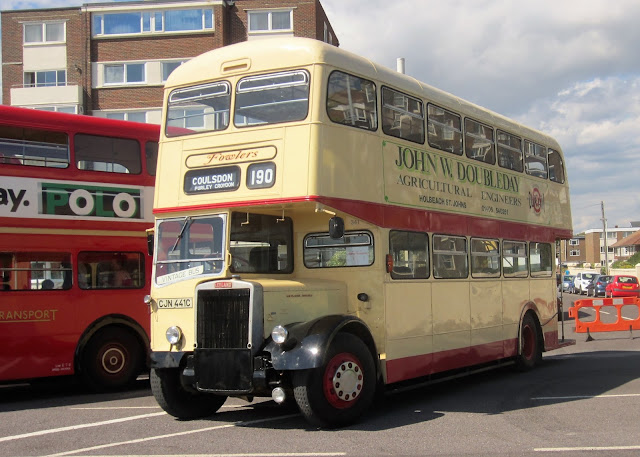 Another decker of interest is former Southend Corporation Transport's CJN441C. The Massey bodied Leyland PD3/6 was new to the Essex operator in 1965 and saw a number of hires to London Transport and London Country during its stay. Withdrawn in 1980 for preservation, it moved on to Lincoln City Transport before being acquired by Fowlers of Holbeach Drove in 1993 as a special events bus. It retains Fowlers colours 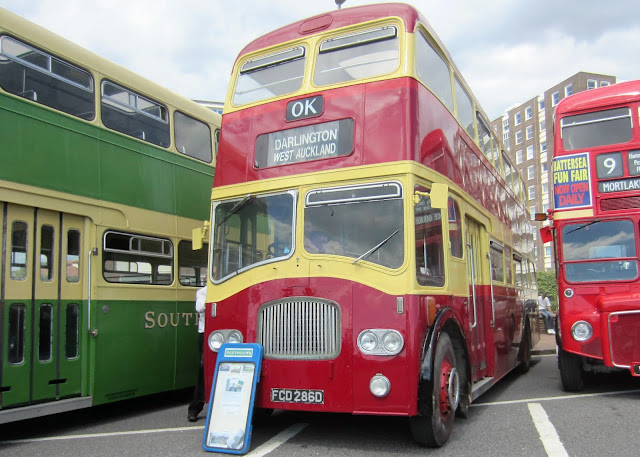 As to be expected, there were a number ex Southdown buses present and as a tribute to preservationist Julian Osborne, who passed away earlier this year, I include a photo of former OK Motor Services 'Queen Mary' FCD286D. Julian tracked down every Queen Mary bus after leaving Southdown which took him all over the world. FCD286D is a Leyland Titan PD3/4 from 1966 with Northern Counties FH39/30F bodywork. OK subsequently acquired it from Southdown 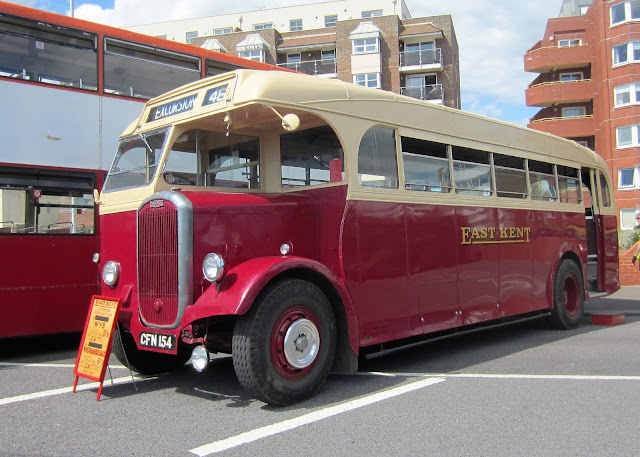 This September sees 100 years since East Kent Road Car Company began operating and the event saw two buses attending which were used by the company. The first was Willowbrook bodied Bristol VR open topper RVB977S. The second was Park Royal bodied Dennis Lancet III CFN154 of 1948 vintage which is seen above 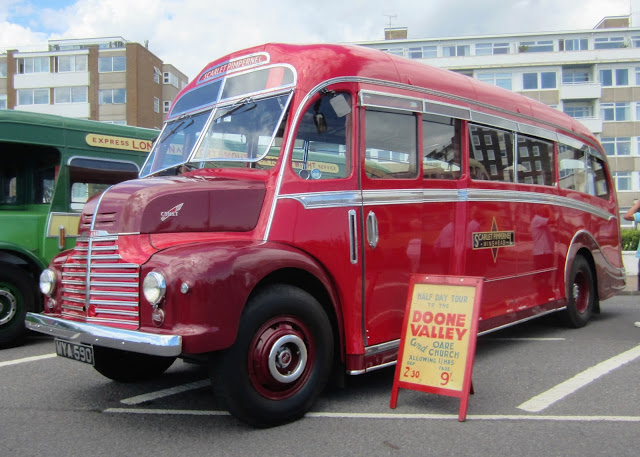 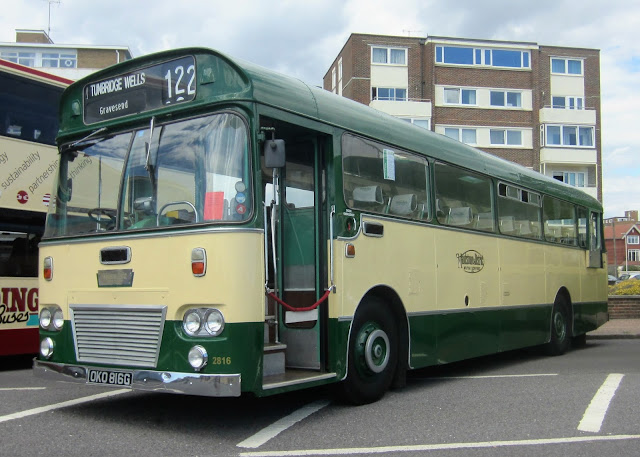 There were also members of the erstwhile Maidstone and District fleet present and I chose this photo of 2816 (OKO816G) for this post. It's a 1968 Leyland Leopard with Willowbrook body in the livery which I mostly associate with the company 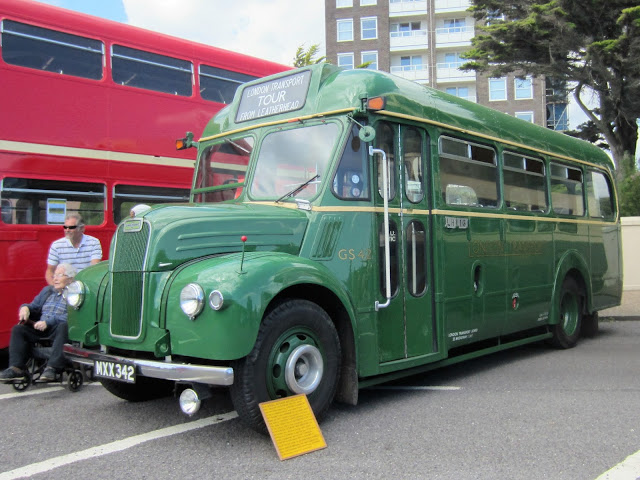 With London not that far away, there was a large contingent of London Transport buses present and I picked this photo out as it has links with Lowestoft through it's ECW bodywork. Guy GS42 (MXX342) entered service in late 1953 at Dorking and lasted until April 1972. After a spell in non PSV use it was bought for preservation by Geoff Heels of West Ewell a year later 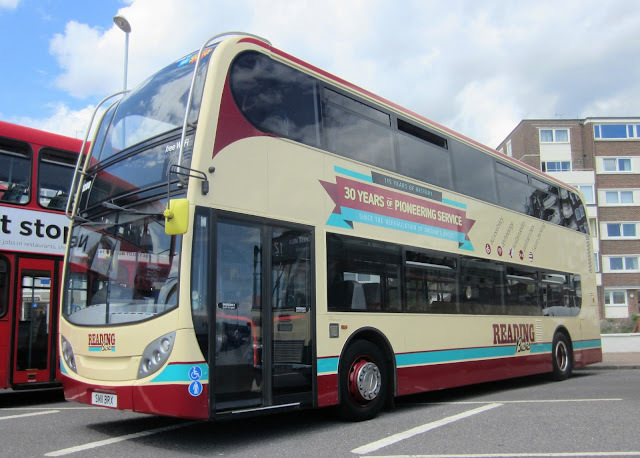 Among the newer vehicles was this Reading Transport Enviro400 painted in heritage livery 'celebrating 30 years of pioneering service'. SN11BRX was new to Weaver of Newbury in April 2011 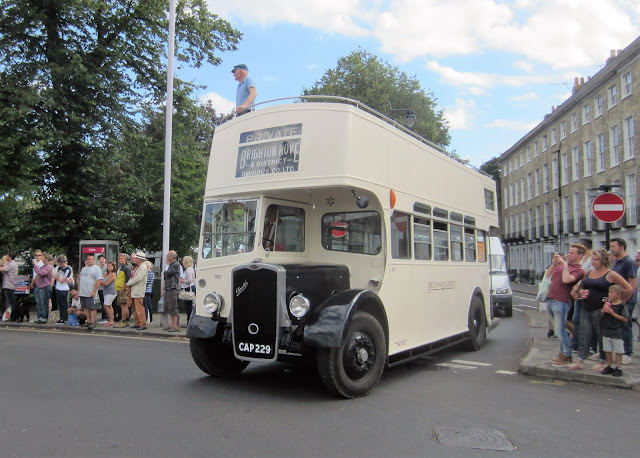 Finally, as we were watching the departure of the american and custom cars from the Steyne Gardens display area, another open topper reared into view. It was non other than former Brighton, Hove & District Bristol K5G CAP229 with an Eastern Coach Works body. After more than twenty years service, it moved to Eastern Counties Omnibus Company in late 1962. It was, at one time, a temporary resident at the Carlton Colville museum site when then owned by the Ipswich Coach Company

I trust the above has given you some of the flavour of the vehicles at the gathering and in the photos taken on the day now appear in an album on my Flickr site.

Roy
Posted by eastnorfolkbus at 10:38