On Monday I reported that First Lowestoft's Dart 42926 SN05EAE was in the Simon Morris workshops at Ipswich for a repaint (Darting to the Paintshops); the bus has now reemerged. 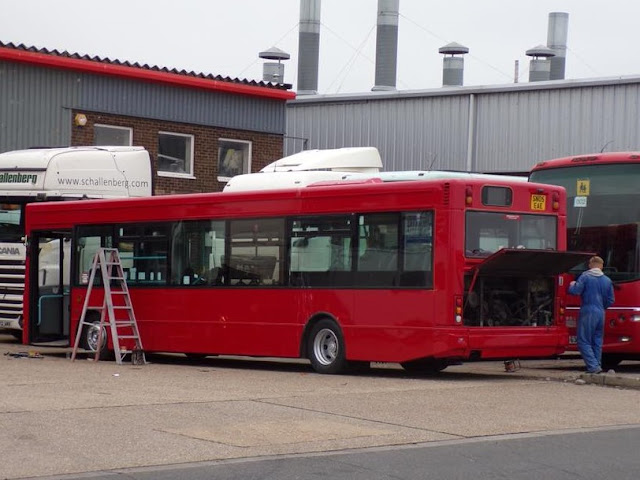 However, as Bryan Dickson's photo shows, it has not been repainted in the customary First colours but has received a red (poppy?) livery. It is expected it may get the heritage vehicle treatment and has not been painted for an overall advert.

My thanks to Bryan for the use of his photo

Roy
Posted by eastnorfolkbus at 10:17