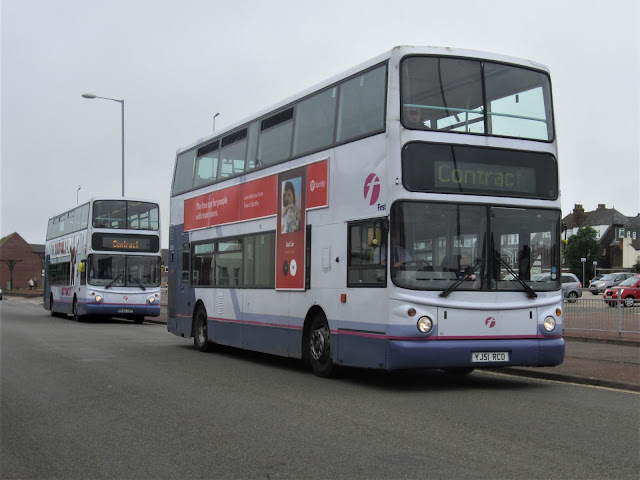 Two of the former five Oldham based buses have now transferred to Norwich to undertake similar contract work for the same company. The twosome are 30960/1 (YJ51RDU/V).

My thanks to First Eastern Counties for the information

Roy
Posted by eastnorfolkbus at 17:09