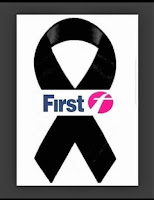 You may already be aware that there was an accident involving one of First Eastern Counties ADL Enviro400s on the A47 in Cambridgeshire early this morning. Unfortunately, as a result, two people have lost their lives and there were also injuries to several others.

One of the fatalities was the Kings Lynn based bus driver and our thoughts and prayers go to his family, friends and colleagues. He was later named as Michael Elcombe and was previously a First Great Yarmouth driver for a number of years.

Our similar thoughts go to the other deceased person's family and friends too.

Roy
Posted by eastnorfolkbus at 19:39