Whilst wife and daughter wanted to spend most of the day shopping in Worthing last Wednesday, it was suggested I should go to Brighton on the 'Old Gits' bus pass. So armed with my lunch, camera and phone I boarded one of the new Alexander Dennis Enviro400MMCs heading for Brighton on the 700 Coastliner just after midday.

This gave me the ideal opportunity to assess how good they were in service.The ride seemed to be quite smooth with the lovely blue seats feeling very comfortable. WiFi was very good although, on the return journey, I rued the fact that I hadn't taken my charging lead me to take advantage of the USB connection!

I was pleased that there were no 'the next stop is ..' announcements to be heard which are quite common on the Brighton & Hove buses. However, it must be very irritating for the driver as the engine stops every time the door opens. I can understand the safety issue and the fuel saving element but it must put a lot of strain on the starter motor. The driver I spoke to said it was very annoying! 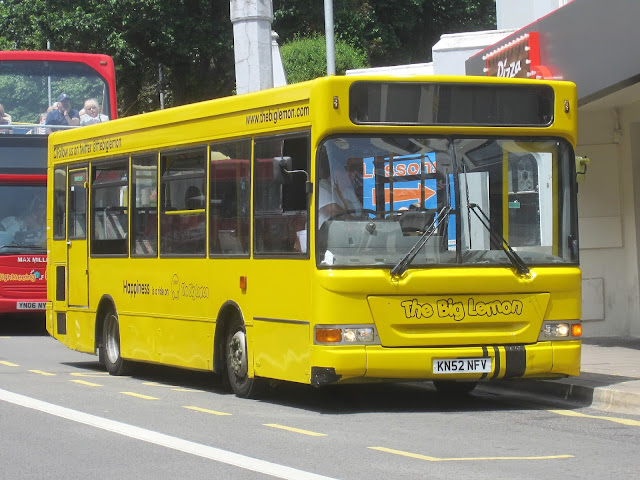 It didn't take too long before we arrived at Churchill Square where the first non Brighton & Hove bus, among the sea of red and cream, was The Big Lemon's Dennis Dart KN52NFV. This well travelled bus was new to Tellings-Golden Miller and has seen use with Travel London, Travel Surrey, Abellio Surrey and Acme Transport Services of Essex. 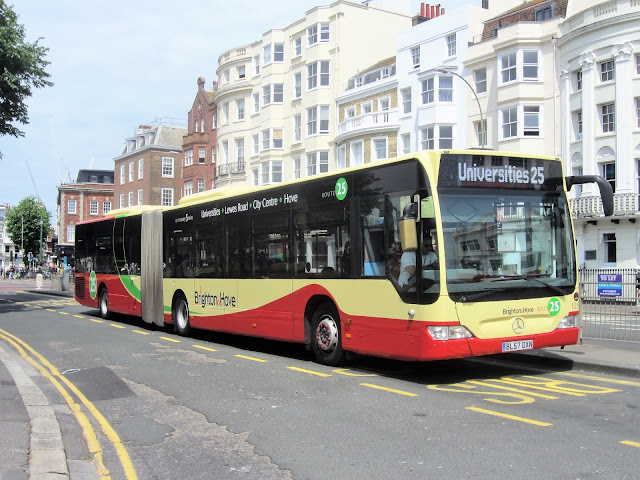 I then adjourned to Stein Gardens and within half an hour I saw both former Konectbus Mercedes Benz Citaro articulated buses terminate there following their use on the Universities 25 route. BL57OXM was in the Brighton standard colours scheme, but branded for the 25, whilst BL57OXM had received a 'Love Music Love Brighton' livery. 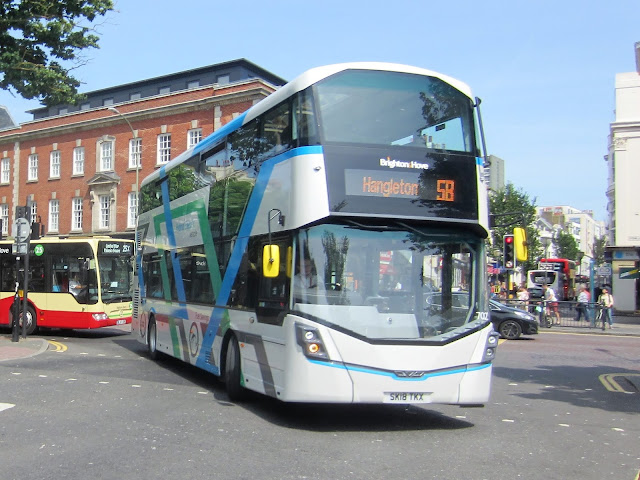 One of the reasons I was determined to get to the City was that I saw on a Facebook group that Brighton & Hove were trialling a hybrid electric Wright Streetdeck. My first attempt in getting a picture of SK18TKX was photo bombed by a motor cyclist!! However, my second attempt was much more successful. 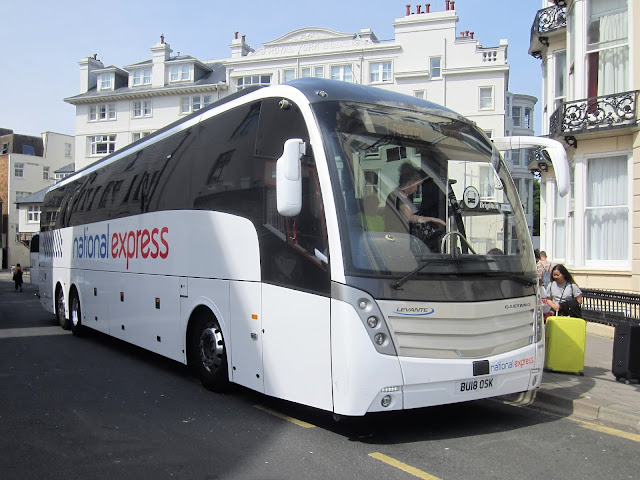 Pleased with my haul, I looked in at the nearby Pool Valley Coach Station to see what was on offer there prior my return journey. On site were two Caetano Levante bodied Volvo B9Rs in the form of West Midland Travel's FJ11GLZ and FJ12FYH. The third coach present was Luckett's new Volvo B11R BU18OSX. It was only month old having been delivered in mid May.

Roy
Posted by eastnorfolkbus at 18:06