An occasional visitor to our local area was Bedford SB3 Duple Super Vega 675 OCV which has now returned to East Anglia after two years in Somerset. John Wakefield tells me it has recently joined the Lodge's of High Easter heritage collection in Essex. 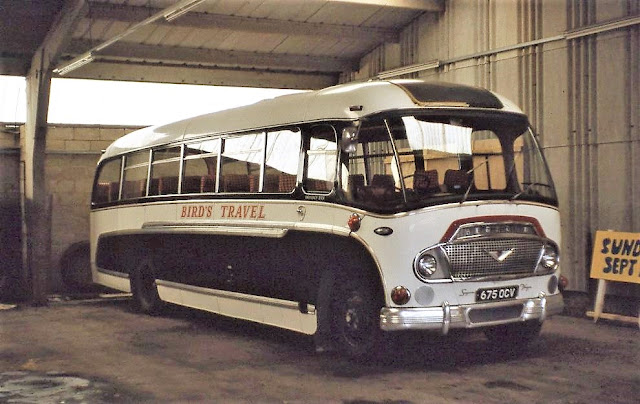 675 OCV when with Birds of Hunstanton - Photo: John Wakefield Collection
John continues - '675 OCV was new to Crimson Tours of St Ives Cornwall in August 1962, and came to Norfolk in April 1965 where it joined the fleet of Birds of Hunstanton. It stayed with Birds for 30 years until April 1995 when it was acquired by Len & Maura Wright of New Costessey for preservation. The Wright's decided to restore the coach to its original Crimson Tours livery, and in their ownership it attended numerous rally's and events in East Anglia and further afield, including two return trips to Cornwall. 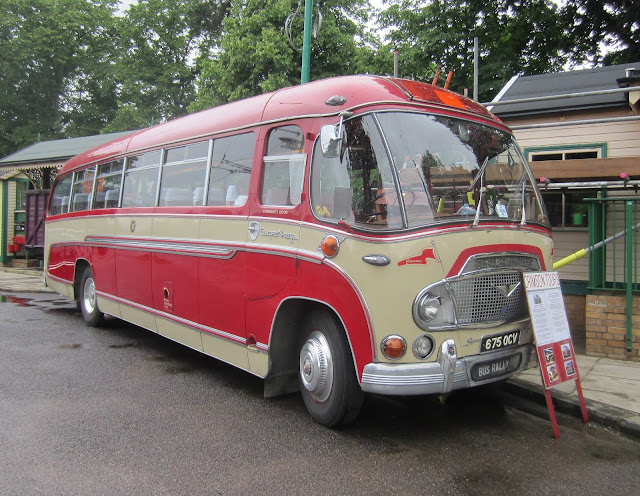 675 OCV at an East Anglia Transport Museum event in July 2015
'After the death of Maura in 2017, and Len in advanced years, he decided to sell 675 OCV to Mark Withers (Lewis Coaches) of Henstridge, Somerset. There it joined his other SBG SFJ 904 & OB's JDV 754 & KPW 986, although not having a tachograph fitted it did not see revenue earning service. Reluctantly owning to health reasons and the Covid pandemic Mark decided he needed to reduce the size of his heritage fleet, and in August 2020 675 OCV was sold to Lodges, where it will represent the 297 WPU that Lodges had new in 1961.'

My grateful thanks to John for the report and photo

Roy
Posted by eastnorfolkbus at 10:27