Today's post looks at the rail replacement services being provided over on the west side of the County and David Bell reports
'There is rail replacement from Friday 28th August-Monday 31st August inclusive from Kings Lynn to Downham Market. This is to enable electrification work to take place on the new siding at Kings Lynn station beyond the level crossing. This has been constructed to accommodate the rolling stock for eight car trains which are due to be introduced in December 2020. 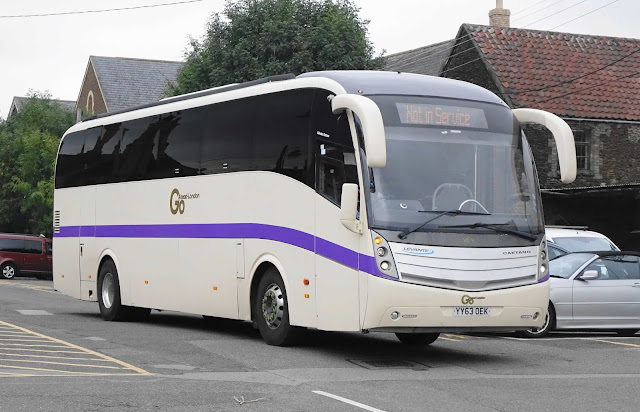 I had a run over to Downham Market on Friday morning and attach a selection of photographs. They include YY63 OEK a Volvo B9/Caetano Levante with Go Ahead London which was new to East Yorkshire 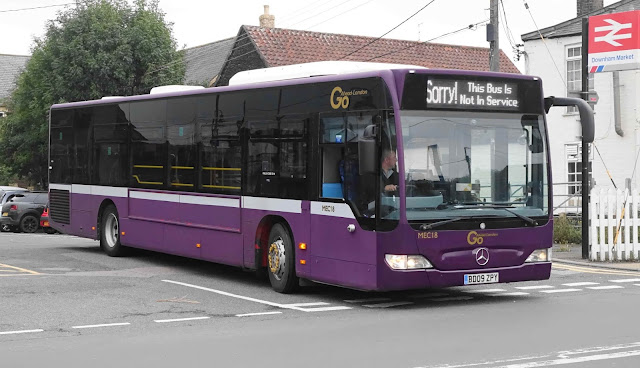 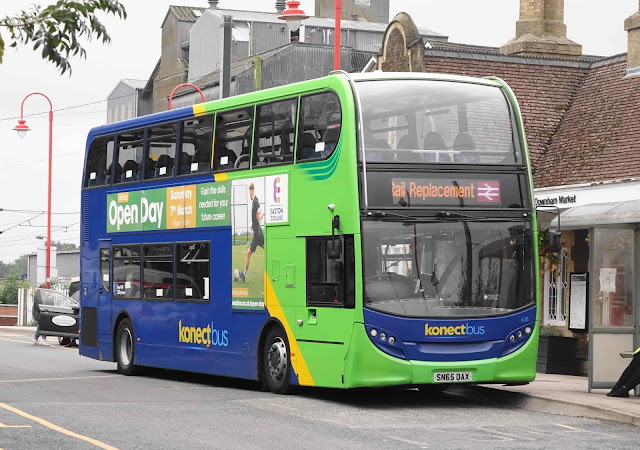 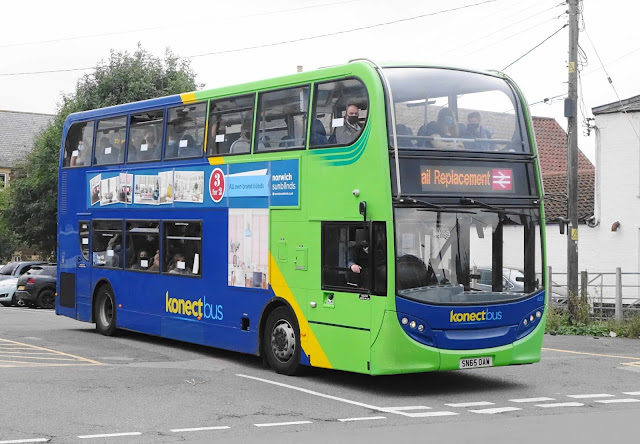 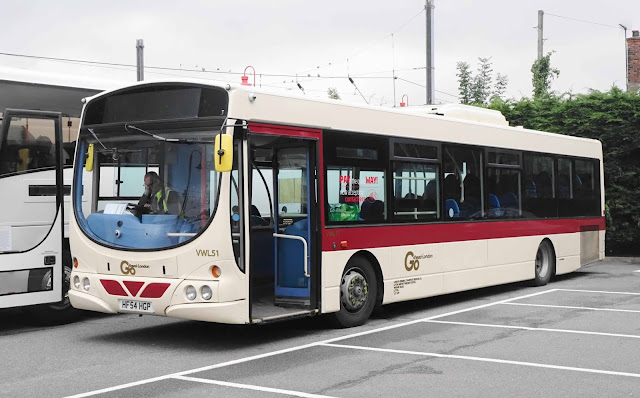 Dews also got involved with AE12 FGN a Volvo B7/Wright one of two which were new to Kenzie of Shepreth for the Granta park shuttle service in Cambridge. 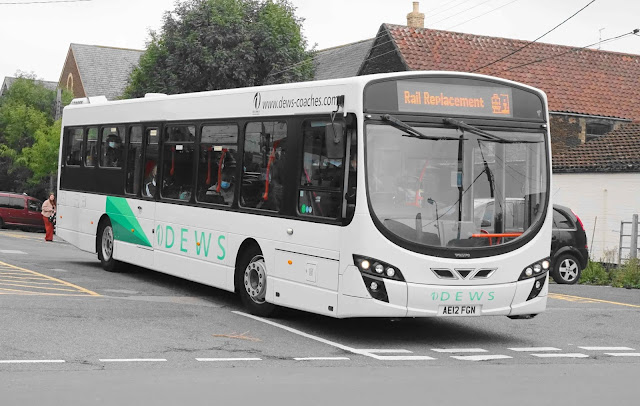 Additionally there were two Lynx deckers and a Dews decker on stand by at Kings Lynn station.'
My thanks to David Bell for the photos and the report
Roy
Posted by eastnorfolkbus at 19:18