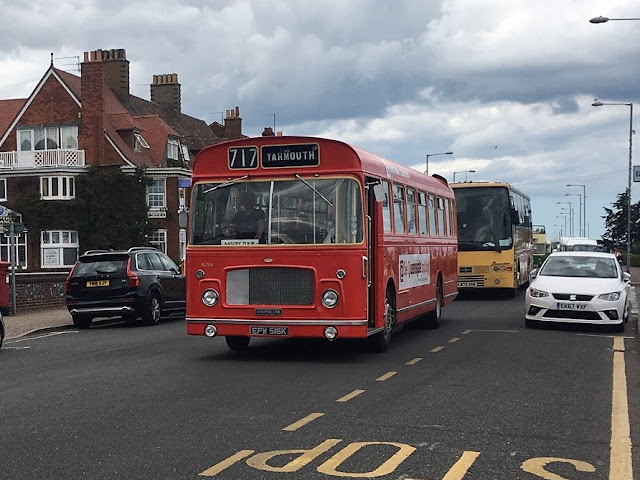 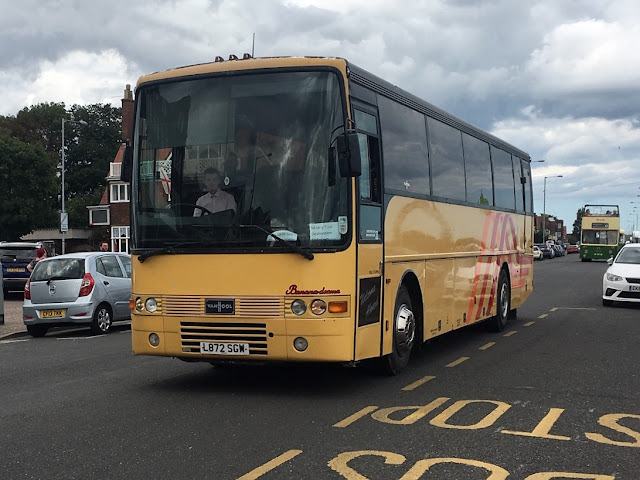 It was followed by former Dan's Coach Travel's L872 SGW a Van Hool Alizee bodied Volvo B10M. It was new to Park’s of Hamilton in August 1993 registered as HSK 649 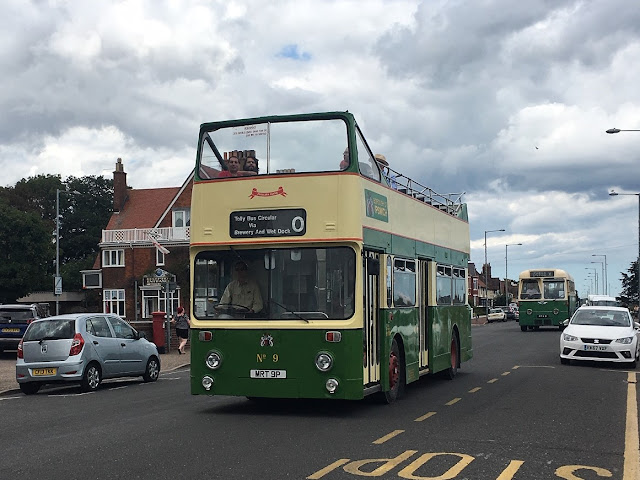 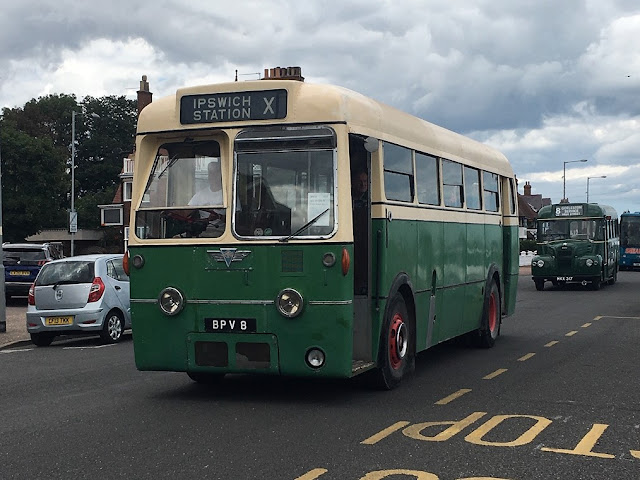 Another Ipswich vehicle was behind in the form of  AEC Regal IV/ Park Royal 8 BPV 8. The bus was new to Ipswich as fleet No 8 in August 1953 before passing to Bickers of Coddenham. 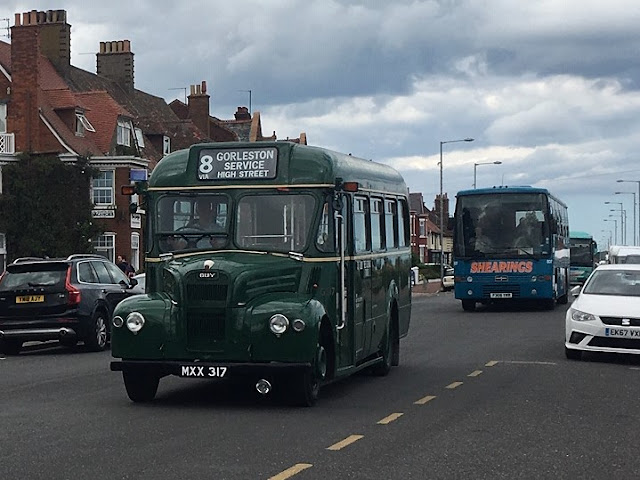 Next in line was Guy Vixen MXX 317 complete with '8 Gorleston Service Via High Street' destination displayed. London Transport hired six to Great Yarmouth Corporation in 1958 for one man operation trials. Immediately behind the Guy is former Shearings P306 VWR hoping to recreate its visit to Beach Coach Station all those years ago. 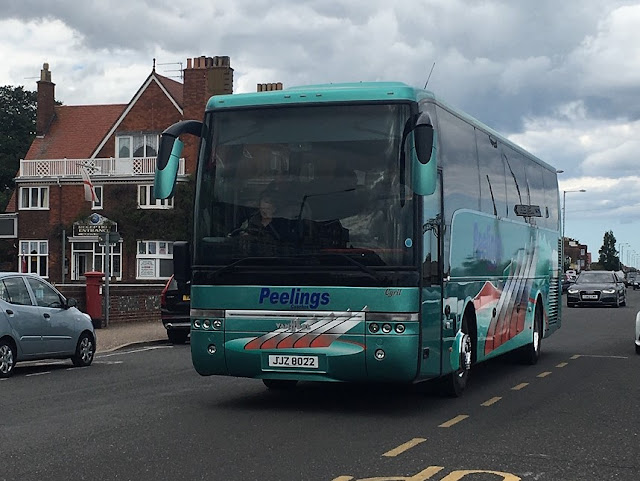 The final vehicle of the magnificent seven was Peelings JJZ 8022, a Van Hool bodied Volvo B12B formerly with Kenzie of Shepreth as YJ08 NSY. It was a last minute replacement for FAH 275Y which suffered a broken window due to the heat

My thanks to ‘Reg Vardy’ for details of the the run and also to Omar Atiallah and Sam Larke for providing location updates. 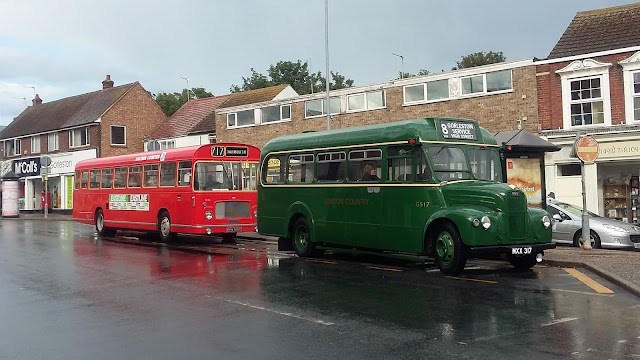 Roy
Posted by eastnorfolkbus at 22:35