For this week's Friday Flashback we look back to August 2010 when all the photos were taken in the Great Yarmouth area. 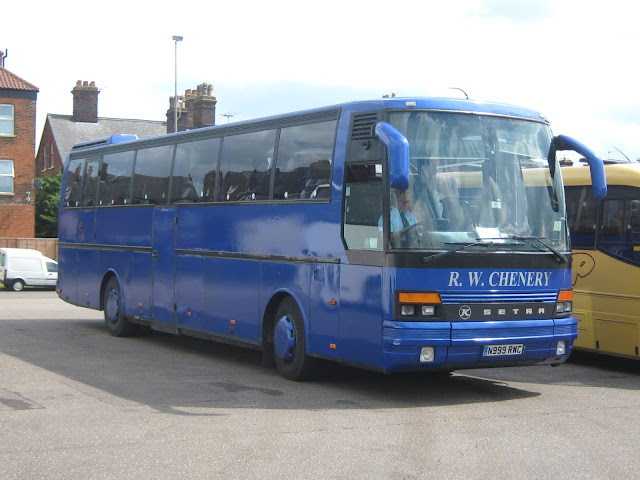 The initial photo is of R W Chenery's Setra S250 N999 RWC at the town's Beach Coach Station on the 11th of the month. The 48 seater was new to the operator in December 1995 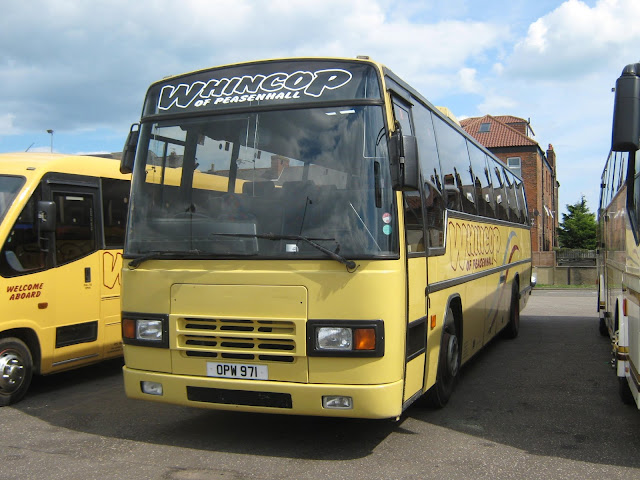 Further along the rank that day were two representatives of the Whincop of Peasenhall fleet. Pictured is Plaxton bodied Volvo B10M-60 OPW 971 acquired from Heather of Ruckings in Kent in May 2006. Accompanying it (to the left of the photo) was Mercedes Benz O814D OJI 742 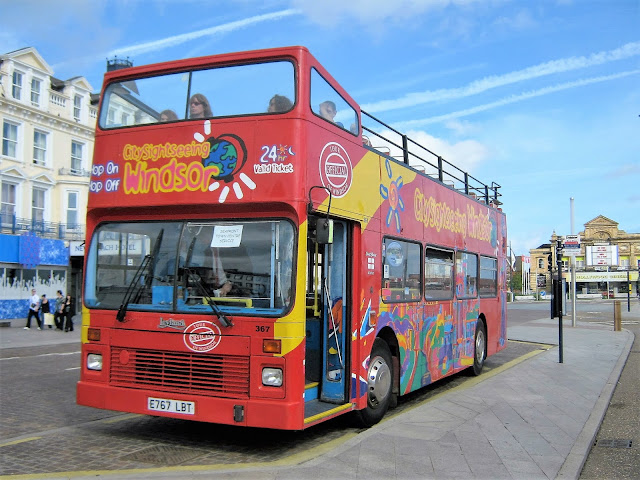 On the last day of the month we are on the seafront with Bath Bus Company's open top E767 LBT on Marine Parade with a sightseeing service - though not in Windsor as the bus indicates! The service was operated by Awayadays of Wood Dalling with the vehicle deputising for regular MCW Metrobus KYV670X. The summer of 2010 was the last year of open top operation by Awayadays. As for E767 LBT it was exported to Cyprus in the following January. 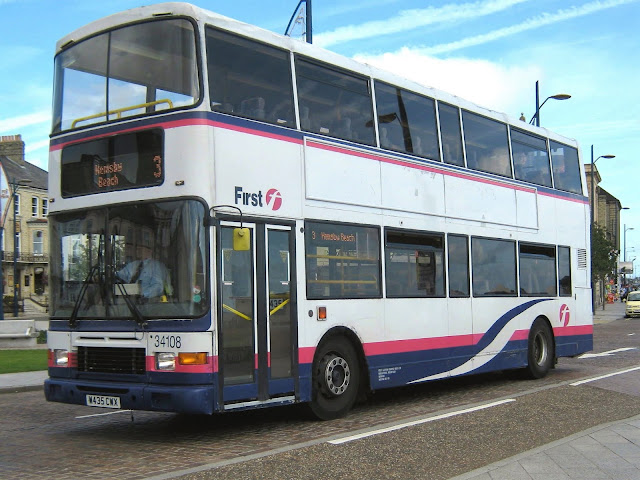 That day First were also operating their own seafront seasonal service between the resort and Hemsby Beach. Captured on the working is one of the former Yorkshire Coastliner Alexander Royale bodied Volvo Olympians 34108 W435 CWX
Roy
Posted by eastnorfolkbus at 09:03