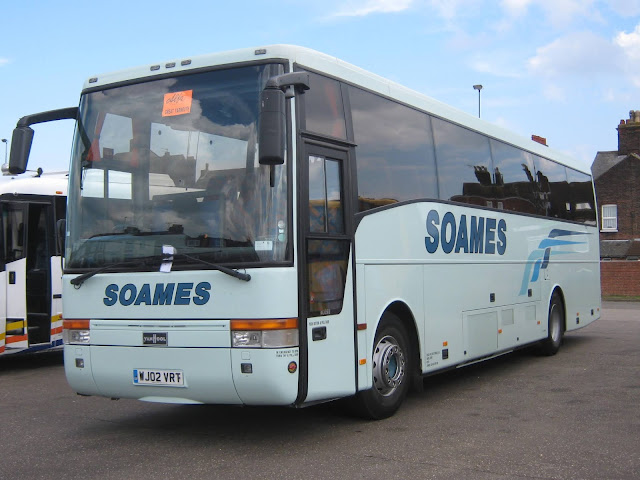 Our first offering is Soames' WJ02 VRT at Beach Coach Station on the 3rd August; a Van Hool bodied Volvo B12M new to Lawrence & Harding of St Ann's Chapel of Cornwall in July 2002. Soames traded as Forget Me Not Travel at Otley near Woodbridge in Suffolk and was acquired by Suffolk Norse in September 2016. As for WJ02 VRT it moved on to Thompsons of Framlingham. 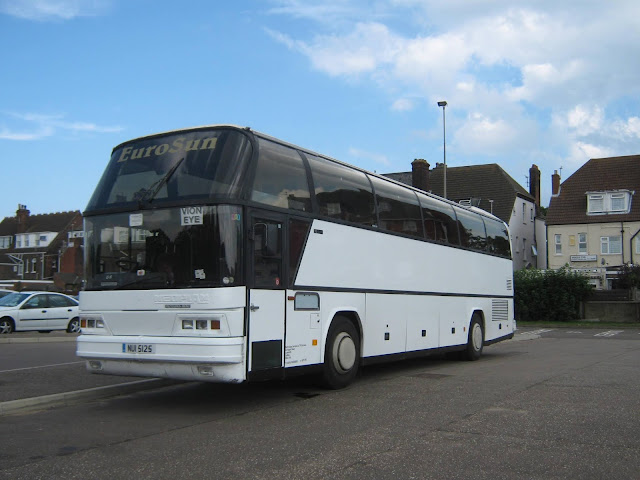 The next photo is of North Quay Services' Neoplan Cityliner NUI 5125 at Beach Coach Station on the same day. Trading as Eurosun Coaches, the Lowestoft operator purchased the coach from Beavis and Baxter of Bussage, Gloucestershire in October 1998. It had received many registrations during its existence only to see its NUI plate later transferred to a Plaxton bodied Dennis Javelin also owned by Eurosun. 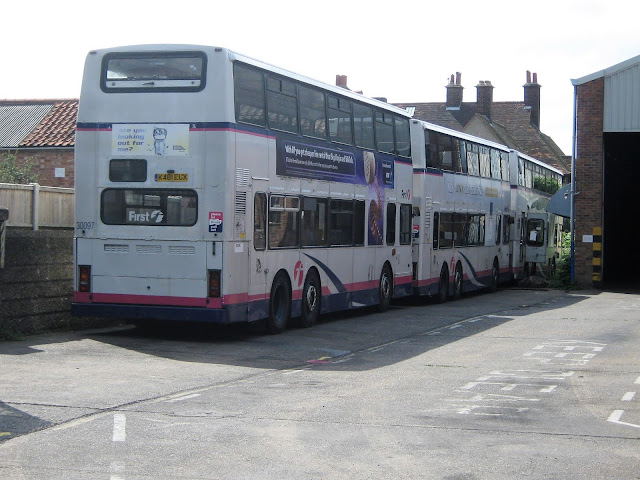 The third picture features three Alexander RH bodied Leyland Olympian triaxles in the rear yard of First's Caister Road depot on the 3rd of the month. 30097 K481 EUX is the one nearest the camera and it's the only one of the batch of ten to survive in preservation complete with its original colours of blue and white and delivered registration of FW3858. They were new to China Motor Bus during 1993. 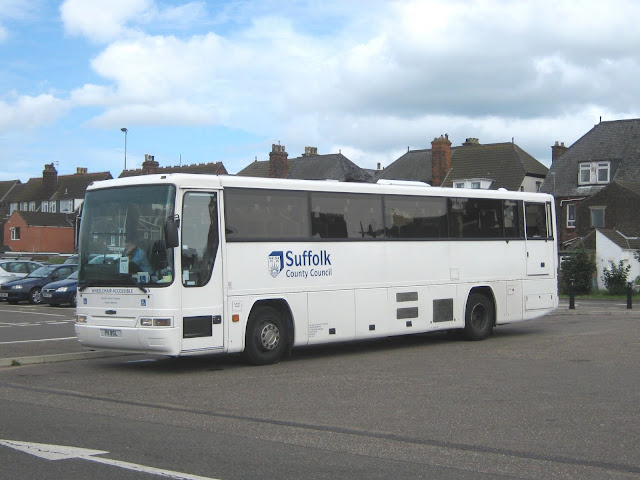 The final photo is of Suffolk County Council's P11 BSL and is another Plaxton bodied Dennis Javelin. It was new to Bennetts Coaches of Chievely, Gloucestershire in February 1997
More from August 2010 next week
Roy
Posted by eastnorfolkbus at 18:14