We go back to November 2007 for this week's Friday Flashback and we start with a visit to Ipswich on Guy Fawkes Day. 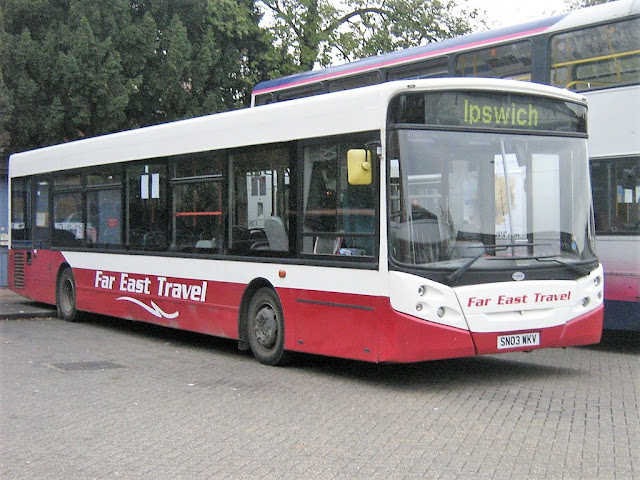 It was more like a damp squib for me as the camera wasn't behaving itself with many pictures out of focus for some reason. However, this picture of Far East Travel's SN03 WKV was the best of the bunch. It was new in August 2003 as a TransBus demonstrator and had been acquired from Southdown PSV. It was subsequently written off after a collision with an Ipswich buses Olympian in April 2008. 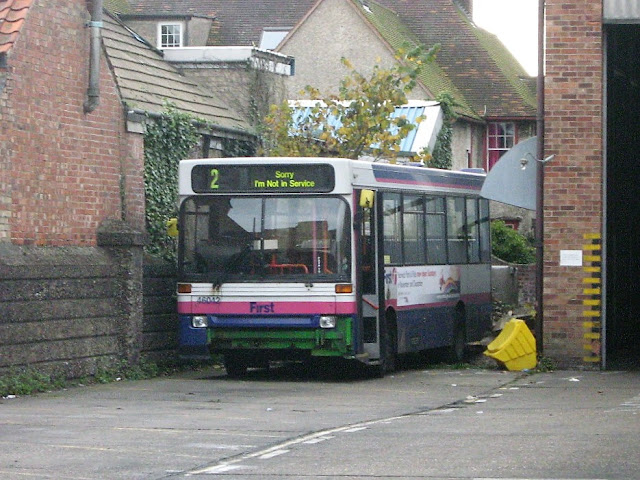 Our second photo is of First Eastern Counties Plaxton Pointer bodied Dennis Dart 46042 K742 JAH on 6th November. It is seen at the rear of Caister Road depot and has clearly seen better days. At one time it had received a special Norwich park and ride livery. New in January 1993 it passed to Wigley (dealer) of Carlton in December 2007. 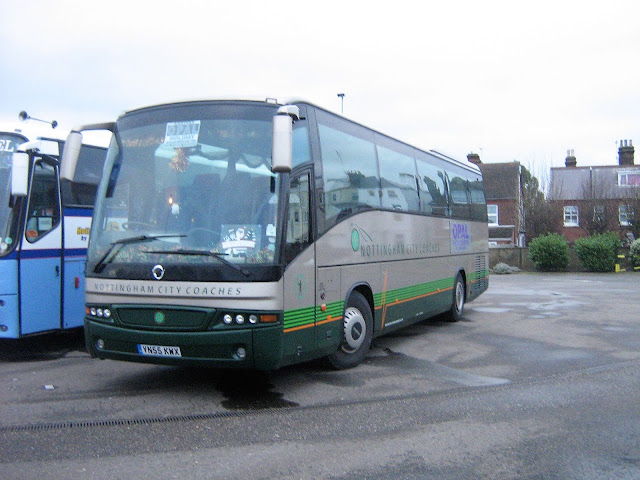 We now move our focus to Great Yarmouth's Beach Coach Station where on the 19th we view Nottingham City Coaches YN55 KWX. The Irisbus Eurorider/ Buelas was new in January 2006 and later operated by G H Watts of Leicester as 405 MDV. It was more recently purchased by Carolans of Nobbler in Ireland becoming 06-MH-1584. 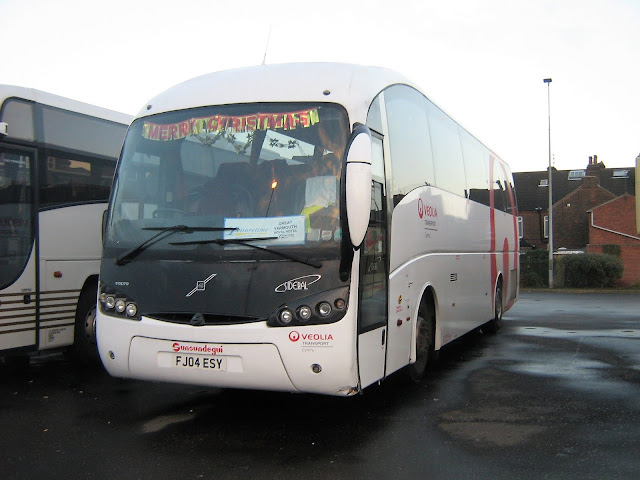 Three days later at the same location was Veolia Cymru's FJ04 ESY. New in March 2004 to Shamrock of Pontypridd the Volvo B12B was on charter to Leisuretime based at the town's Royal Hotel. 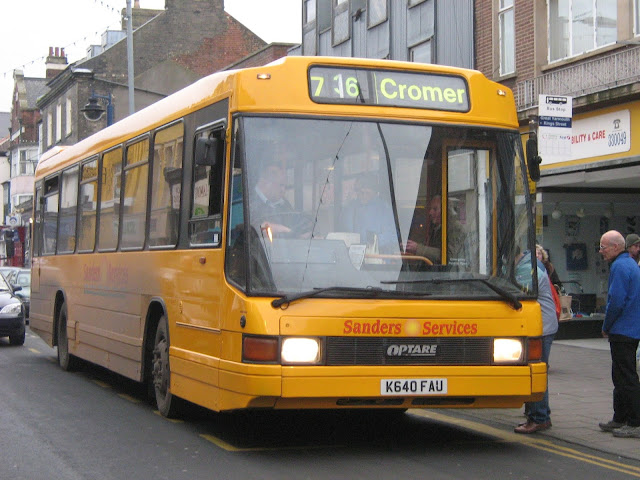 On the 28th Sanders Coaches DAF SB250 /Optare Delta K640 FAU is viewed on King Street in Great Yarmouth destined for Cromer. The bus stop is no longer there and the one way street direction of flow has been reversed. The former Trent Barton bus earlier saw use with Konectbus
Roy
Posted by eastnorfolkbus at 12:10