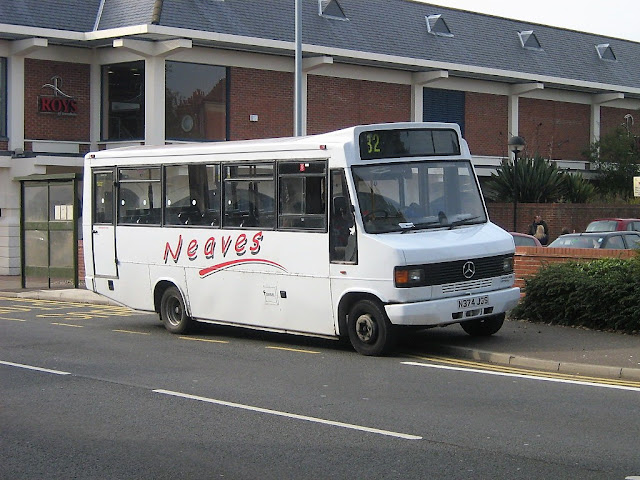 We start with a photo of Neaves N374 JGS outside Roys of Wroxham department store on Stalham Road in Wroxham. The Plaxton Beaver bodied Mercedes-Benz 709D was new to The Shires (LDT) in April 1996 and subsequently acquired by Neaves in October 2006. 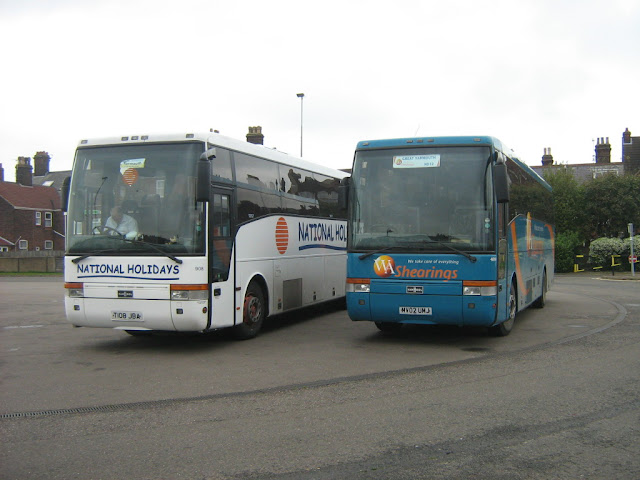 For our next picture we visit Beach Coach Station in Great Yarmouth on 16th where we view a National Holidays and a Shearings coach side by side. The former is Van Hool bodied Volvo B10M-62 T108 JBA which was new to Shearings in March 1999. It was still at work with MacLeans of Kyle, Scotland in September last year. The Shearings vehicle is Volvo B12M-62 MV02 UMJ which was new to them in March 2002. It is still in use with Southern Vectis on the Isle of Wight

Two days later (18th) I was on my way to look in at the Coach Station when I observed Ambassador Travel's G107 HNG a Plaxton Paramount bodied Volvo B10M-60 on Nelson Road North. Ambassador purchased it new in August 1989. It has subsequently been withdrawn and disposed of 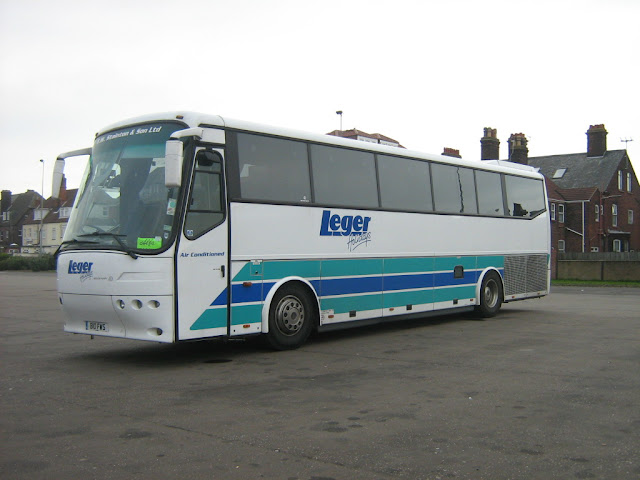 I was back at Beach Coach Station on the 22nd where I found a Leger Holidays' coach in attendance. This was Bova B10 FWS which was on hire to Alfa Holidays
Roy
Posted by eastnorfolkbus at 11:13