With an early start at Lowestoft this morning I visited the bus station but there was not much of note going on. Volvo B7 32206 LT52WTM was laying over on Gordon Road whilst Great Yarmouth Streetlites 47501 SN64 CPU and 47502 SN64 CPV were both employed on Lowestoft town services. 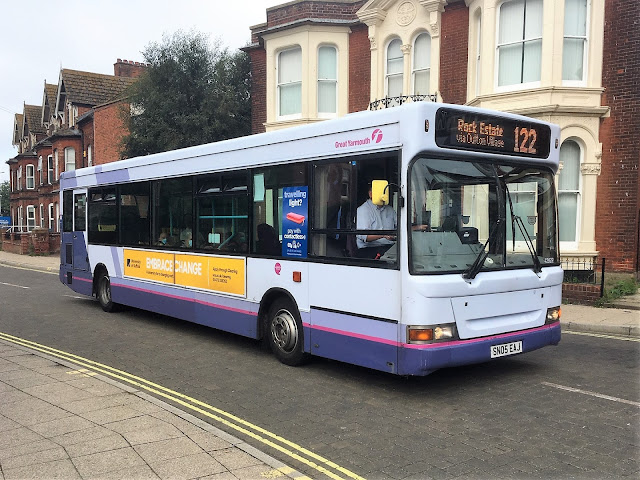 First Great Yarmouth Dart 42929 SN05 EAJ was observed in use on a 122 Rock Estate service and it was notable that its fleet number was unusually applied to the front windscreen.

With track renewal work underway between Brundall and Reedham, buses were replacing trains between Norwich and Lowestoft via Oulton Broad North today 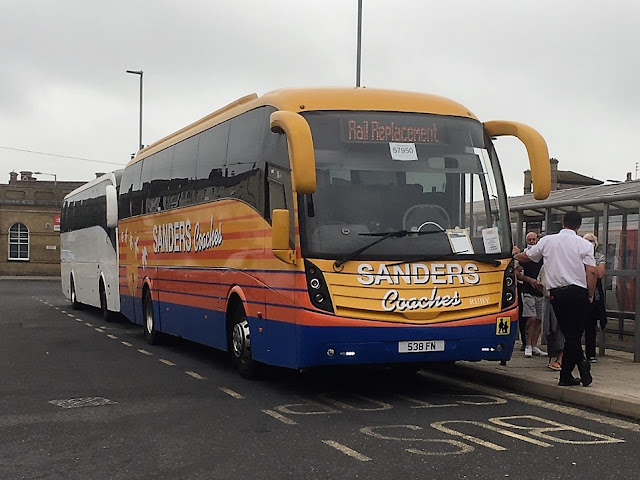 My thanks to Andy Swan for the chat.
Posted by eastnorfolkbus at 12:02