Yesterday saw the first stage run of Wrights Coaches 80 service between Aylsham and Dereham. David Bell was there with his camera to record the event. This is a Norfolk County Council contract previously held by Sanders Coaches and runs via Reepham, Bawdeswell, Foxley, Bintree, Foulsham, Guist and North Elmham. It departs Aylsham (Market Place) at 09:15 with a scheduled arrival time in Dereham at 10:55 returning to Aylsham at 13:15. 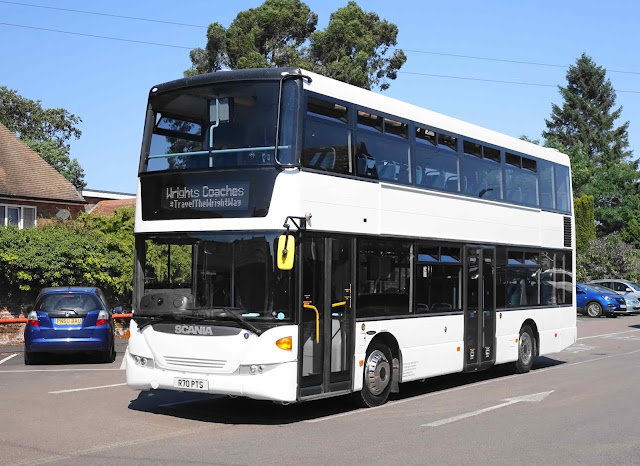 The inaugural run was by Scania decker R70 PTS formerly YN08 DEU and David reports that patronage was light and that the vehicle looked very impressive despite its overall white colour scheme. 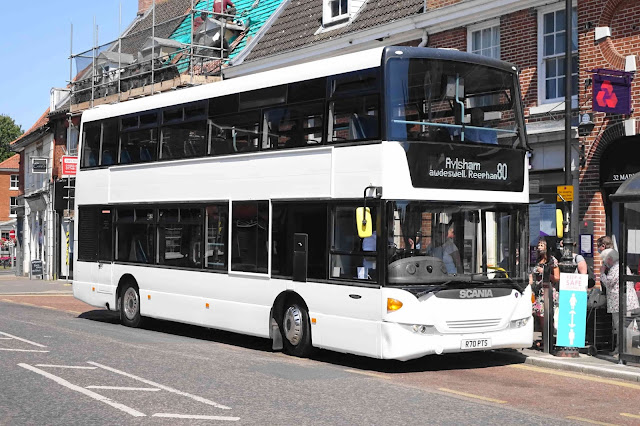 The first photograph shows the decker arriving in Dereham; the second is of it parked up in the Cherry Tree car park on layover; the final one of it on the stand at Dereham Market Place.

My thanks to David for the detailed information and photos.