Friday Flashback this week looks at the early part of October 2007 with the second part following next Friday. 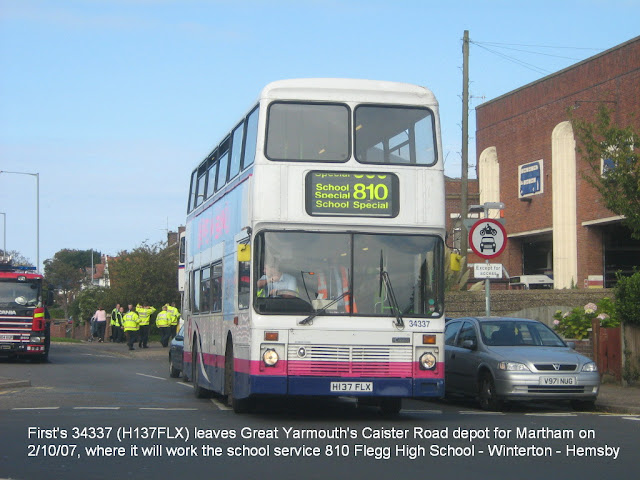 We start at First Eastern Counties Caister Road depot on the 2nd October and I was fortunate my visit coincided with schools contract departures. The caption on the photo is self explanatory. 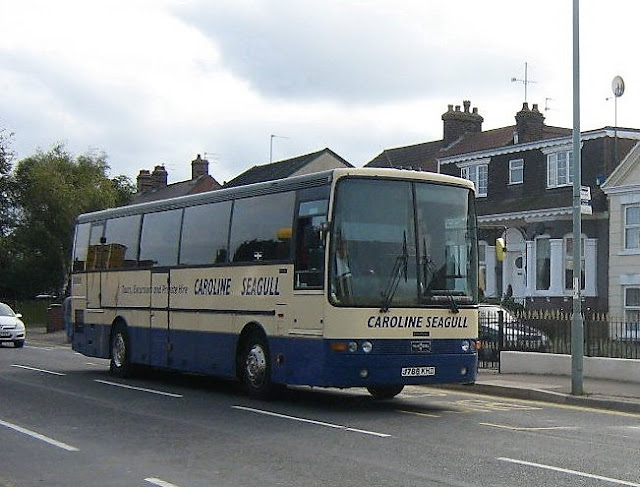 Later that afternoon for some reason I decided to walk down Southtown Road and witnessed the passing of Caroline Seagull's J786 KHD. The Van Hool Alizee bodied DAF SB2700 was new to Hallmark Coaches of Luton in March 1992 and also spent time with Reading Buses/Goldline as their 234. After leaving Norfolk it also found use with RB Travel of Kettering. 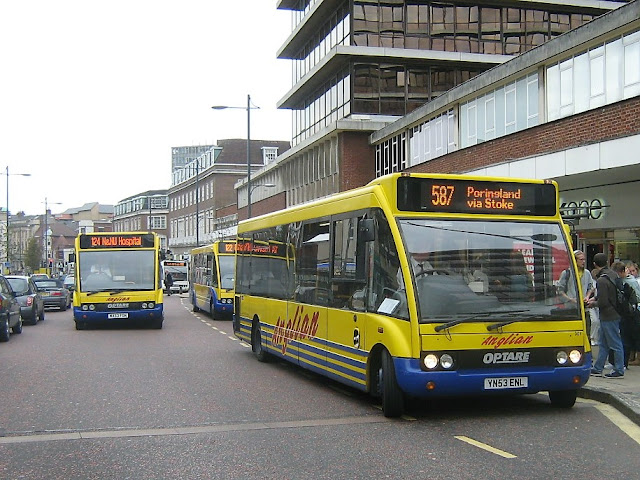 The scene now changes to St Stephen's Street in Norwich on the 5th with a collection of Optare Solos dominating the view. At the bus stop is Anglian's YN53 ENL about to be passed by MX53 FDN. In the background is a third member of fleet with a white liveried version beyond that. 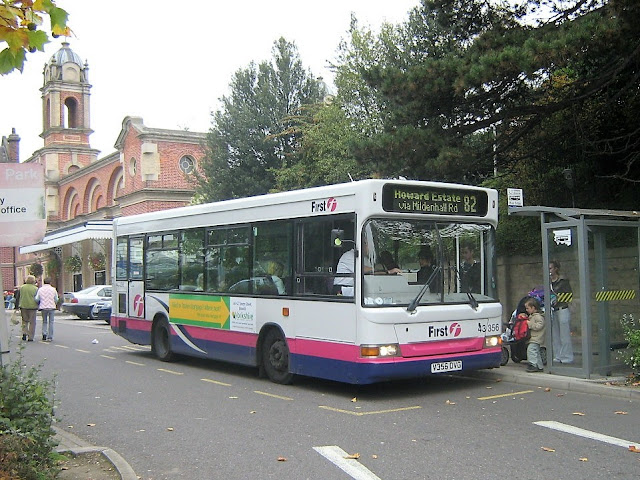 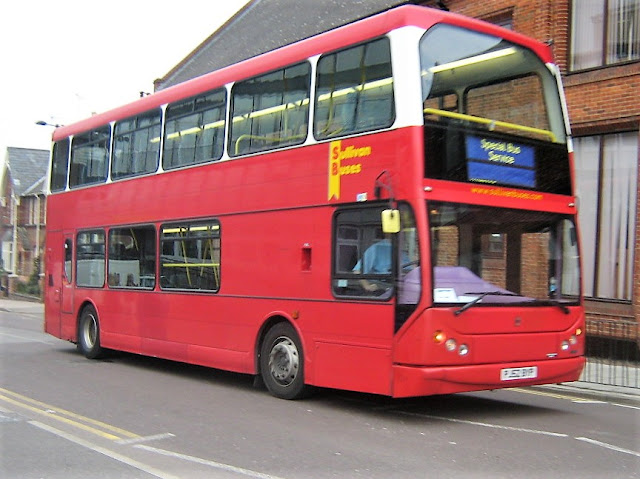 The final photo shows an unusual visitor to Bury with North London based Sullivan Buses Dennis Trident PJ52 PYP about to turn into the bus station. It was apparently on one of the operator's Autumn Days Out tours - this was a Bury St Edmunds / Plough & Propellers Weekend trip which included a visit to Rougham Airfield.

Roy
Posted by eastnorfolkbus at 11:54