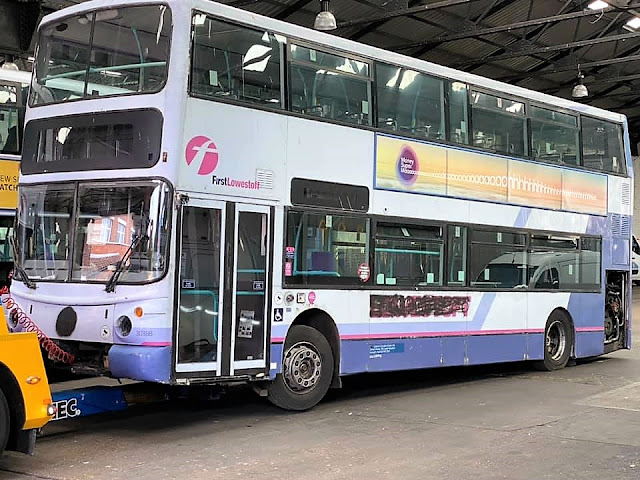 30886 was taken out of service in August last year and placed in the reserve fleet and finally withdrawn the following month. It had previously been removed from service at Lowestoft in February last year, after engine failure, but received a reprieve with a reconditioned replacement allowing it to operate from Great Yarmouth during the summer months.

During its stint at Great Yarmouth it still retained its Lowestoft branding on the nearside and Simon Taylor's photos show it being painted out with nothing shown on the offside. That was the situation when I saw at Gorleston in late May last year 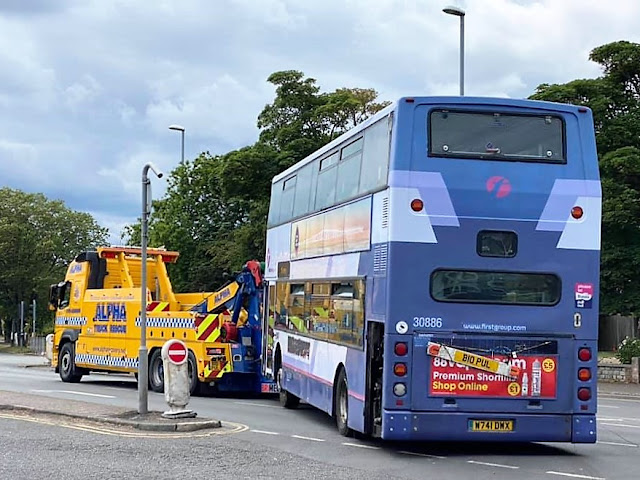 W741 DWX was new to First West Yorkshire in July 2000 and joined the First Eastern Counties fleet in April 2008.

My thanks to Simon for the use of his photos.

Roy
Posted by eastnorfolkbus at 14:20