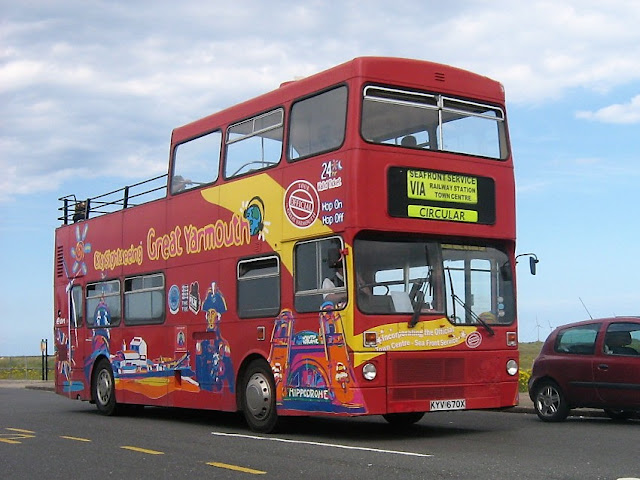 It is Awayadays' MCW Metrobus KYV 670X which was new to London Transport in November 1981. Sold to Ensign in October 2002, it was subsequently purchased by City Sightseeing, Inverness.
Awayadays acquired it in 2005 and it was later exported to Cyprus in November 2012. 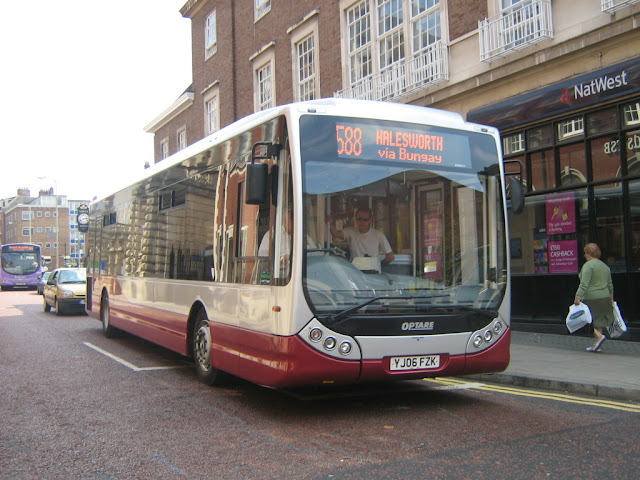 Next up is a photo of Anglianbus Optare Tempo YJ06 FZK in Surrey Street, Norwich on the 11th August working the 588 to Halesworth. It was new to Optare of Crossgates in March 2006 and had just joined the Anglian fleet during August 2007. Prior to its Suffolk arrival it was used for a short period by Huntingdon & District. 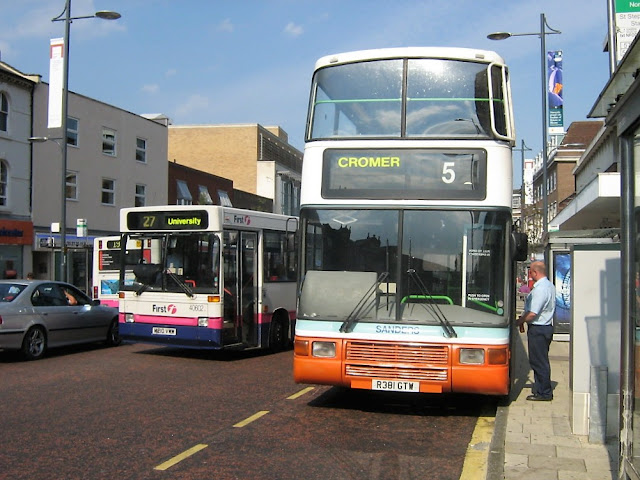 Norwich is also the setting for our third photo which shows Sanders Coaches R381 GTW awaiting passengers in St Stephens Street. The Northern Counties Palantine bodied DAF DB250 was new to Harris Bus of West Thurrock in 1998. Passing is First Eastern Counties Dennis Dart 40602 M210 VWW which was new to Yorkshire Rider in May 1995. 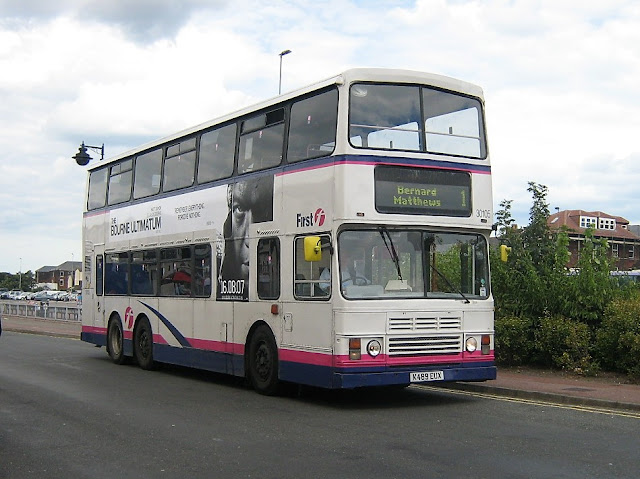 The final picture is of First Eastern Counties 30105 K489 EUX on a Bernard Matthews contract working. The former China Motor Bus Olympian is observed on Nelson Road North in Great Yarmouth on 13th of August. It was one of ten delivered to Caister Road from Rotherham where they had been painted in Barbie 3 livery. They were previously at First Glasgow.

Roy
Posted by eastnorfolkbus at 11:47