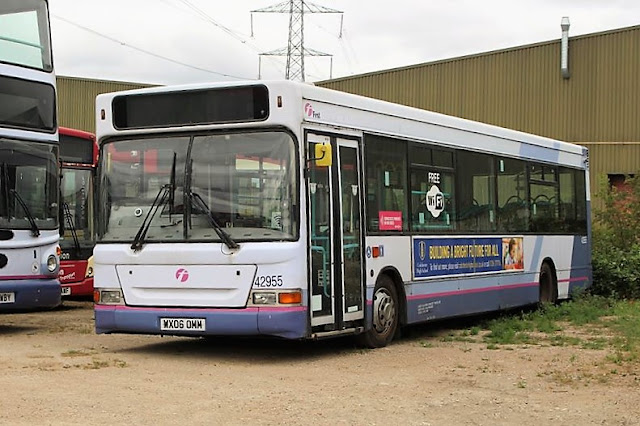 Among the interesting departures in June was ex First Great Yarmouth Dart SLF 42955 WX06 OMM to Seaford and District of Lewes in East Sussex. It was one of two transferred to Caister Road from First Cymru during November 2018 and, whilst in use at Lowestoft, it transferred to First Essex at Colchester in February this year.

My thanks to Mark Doggett for his photo of WX06 OMM at Ensign during early June and to Ross Newman for his monthly reports.

Roy
Posted by eastnorfolkbus at 15:48