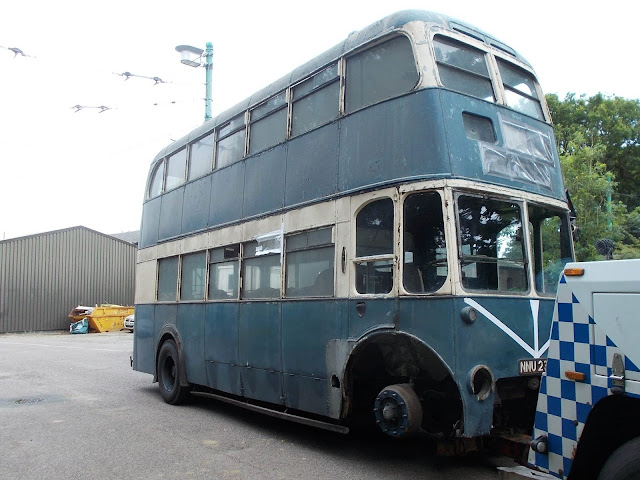 It is former Notts and Derby 357, a BUT with Weyman body. NNU238 entered service in 1949 and, after withdrawal in April 1953, was sold to Bradford for further use. It became number 774 in the Bradford fleet. 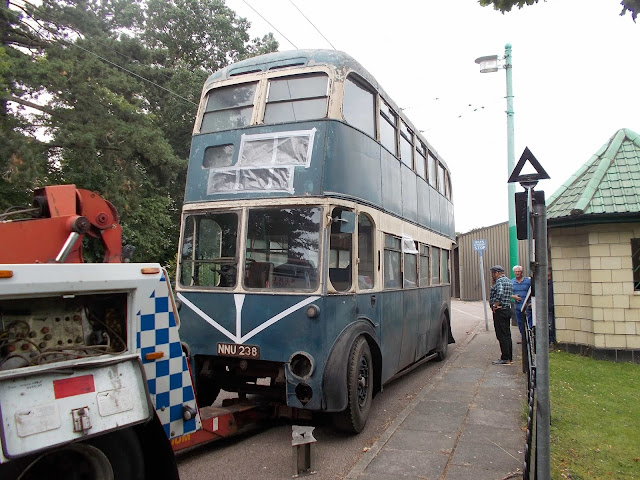 Following the end of its useful life it passed into preservation and spent time stored at various locations, latterly in Lincolnshire. The vehicle is now in need of some extensive restoration! 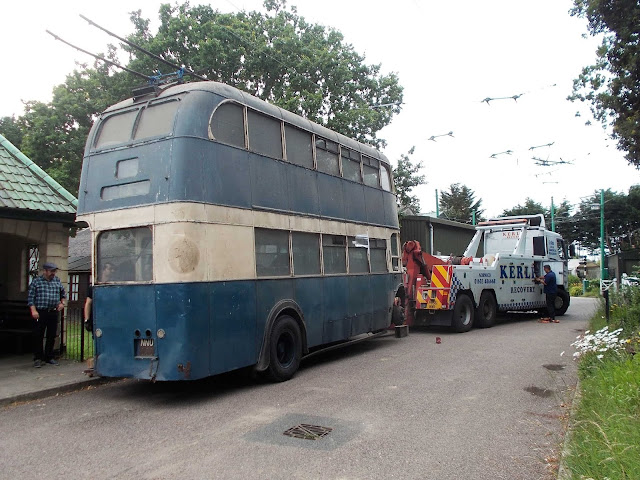 The museum, is currently closed to the public but is hopeful of reopening on a limited basis in August, Details will be announced in the very near future.on the museum's website.

My thanks to Tim for the report and photos.

Roy
Posted by eastnorfolkbus at 11:31