Owen Philips looked in at Ensign’s Purfleet premises yesterday and found former First Eastern Counties Lowestoft Heritage Volvo 30888 W743 DWX present - so he had to get a photo of it. (See Thursday evening's post Heritage Departure) 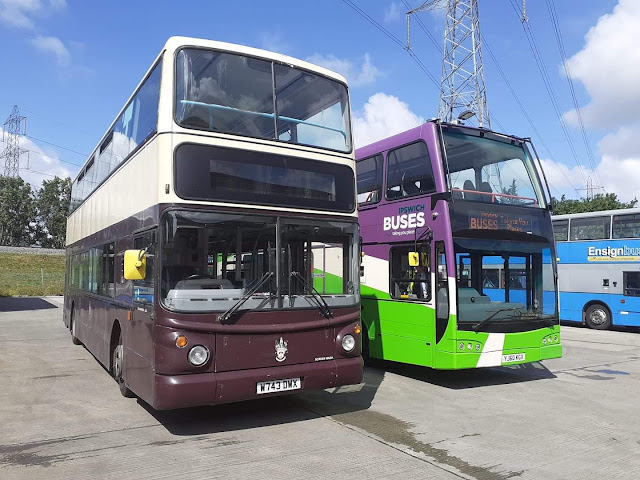 Fortunately also at Ensign, and close by, was ex Ipswich Buses Optare Olympus bodied Scania 68 YJ60 KGX which is now off lease. It is one of three buses recently reported as leaving the Suffolk fleet - the others were Alexander Dennis Enviro300 83 SK07 DYA and VDL SB180 / MCV Evolution 156 AY60 BVD. However, on the positive side, three Enviro 200s are joining the operator from Bus Eireann via Ensign.

My thanks to Owen Penfold Philips for the photo