The Ten Year Time Tunnel returns and with numerous photos taken during July 2010 we had the difficulty of deciding what ones to leave out of this post! 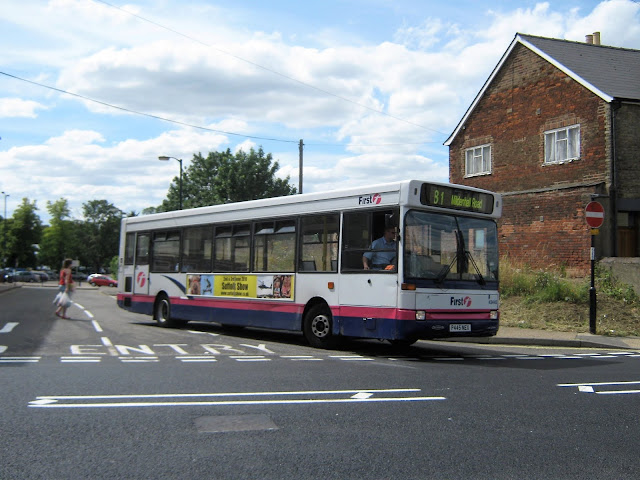 We begin with a visit to Bury St Edmunds on the 3rd of the month and First Eastern Counties were still running services in the town as witnessed by this picture of Dennis Dart 43455 P445 NEX having just left the bus station with the 81 Mildenhall Road service. 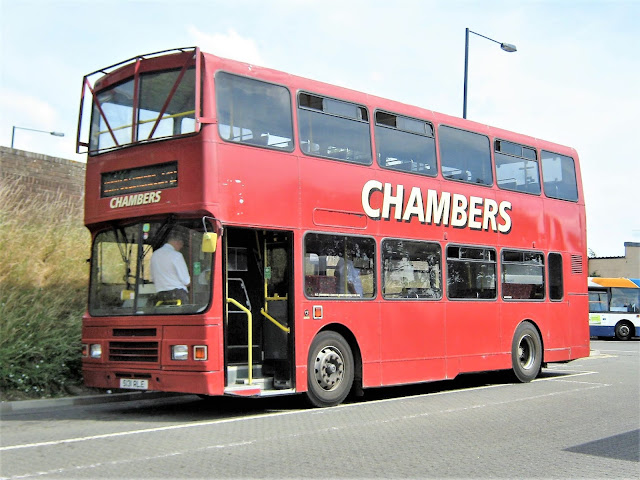 Staying in Bury parked up that day at the bus station was Chambers' Alexander bodied Volvo Olympian S131 RLE. It had joined the fleet from Metroline in February 2008 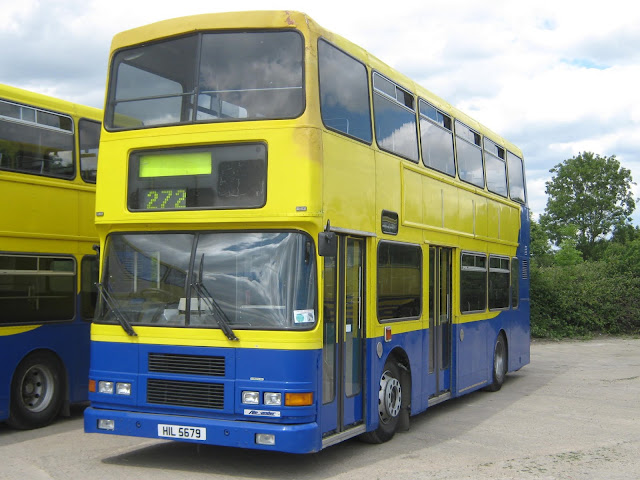 On the 11th of the month Anglianbus were allowing visitors to their Ellough site in conjunction with an East Anglia Transport Museum event. Naturally yours truly went along and I snapped another Volvo Olympian, HIL 5679. With an Alexander (Belfast) body it was new to Dublin Bus as 96 D 306 in August 1996 and withdrawn by them twelve years later. In October 2008 it was acquired by Anglian registered as P476 SWC and was observed many times in Great Yarmouth 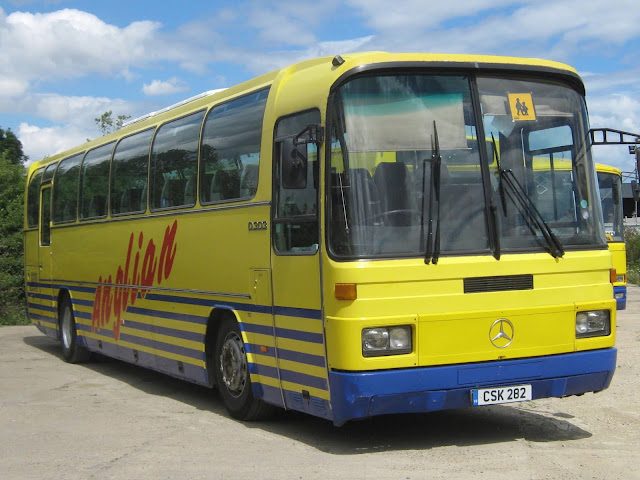 Also capturing the camera's attention that day was their Mercedes Benz O.303 CSK 282 which was earlier registered as E993 KJF. It was new to Pullmanor of Camberwell in May 1988.The CSK registration was later transferred to one of Anglian's Dennis Javelins. 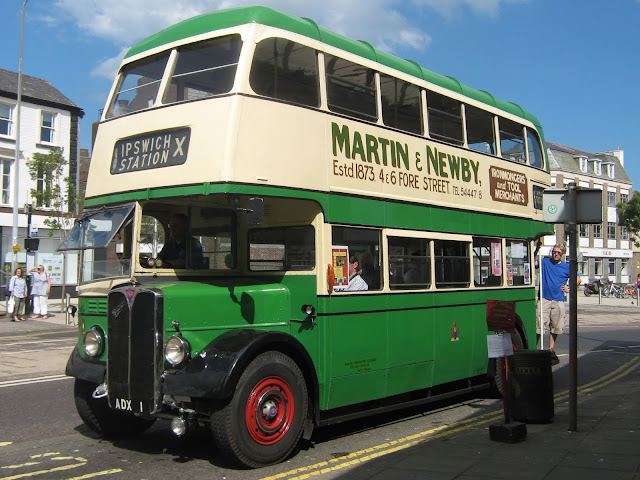 My return from Carlton Colville that day was on preserved Ipswich Corporation AEC Regent III ADX 1. The Park Royal bodied vehicle was Ipswich's first motorbus and marked the transition from electrical to diesel power for the town's fleet. It can still be seen at the Ipswich Transport Museum. 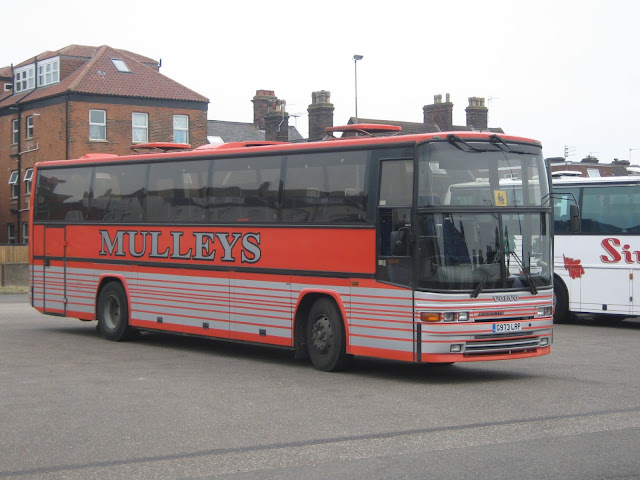 After our tour of Suffolk we return to Great Yarmouth's Beach Coach Station on the 20th of the month where we view Mulleys' Jonckheere bodied Volvo B10M G973 LRP. New in April 1990 to Hilo of Sandy, Bedfordshire, it was acquired by Mulleys in March 1993.