This week's Friday Flashback includes photos of visits to Ipswich, Norwich and Peterborough in addition to Great Yarmouth 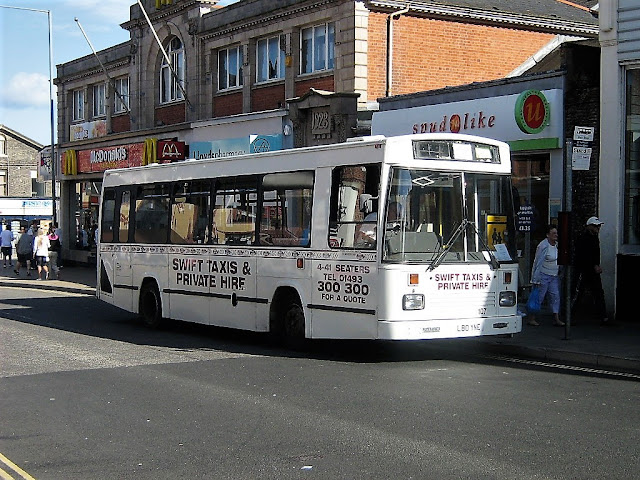 We start at Market Gates on the 3rd of the month where Swift Taxis' East Lancs bodied Dennis Dart L80 YNE was awaiting its next duty. Originally registered L907 JRN, the special plate looked similar to one of the owners surname which was Boyne. It was new to London Buses as their DEL7, passing to London Central upon privatisation. Subsequent owners were Collinson's Coaches of Lancashire and Cumfybus of Southport prior to it joining the Swifts fleet 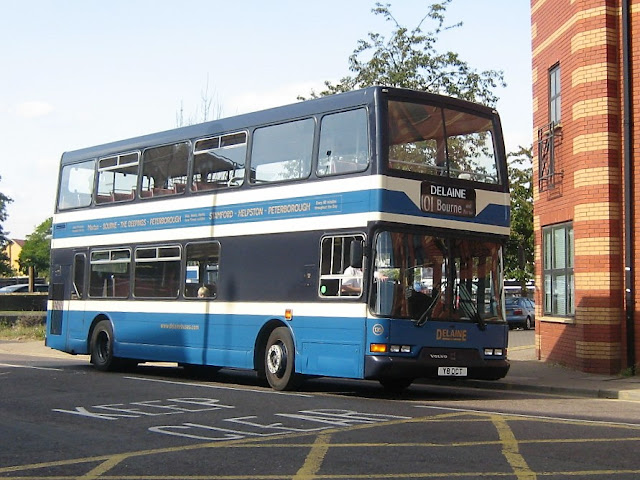 The 11th saw a visit to Peterborough where I took the opportunity of photographing one of the Delaine fleet. This is Y8 OCT, an East Lancs Vyking bodied Volvo B7TL new to the operator in August 2001. It is seen approaching the Queensgate Bus Station. 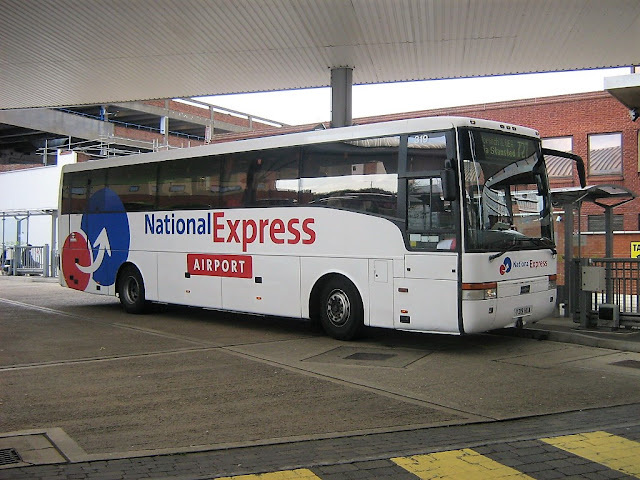 Our next location is Norwich Bus Station on 21st with National Express Y319 HUA having just arrived on the 727 service. The Van Hool bodied DAF SB3000 was new in June 2001 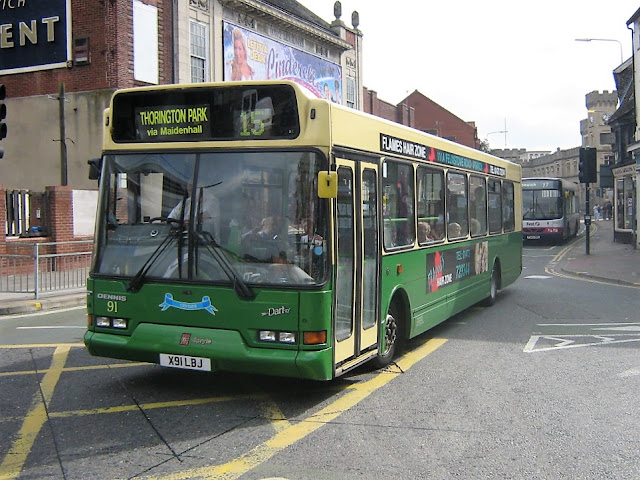 Ipswich is our next port of call the following day with the photo featuring X91 LBJ. The East Lancs Spryte bodied Dennis Dart  SLF was new to the municipal operator in September 2000 as their 91 and named Centaur. It was taken out of service in 2015 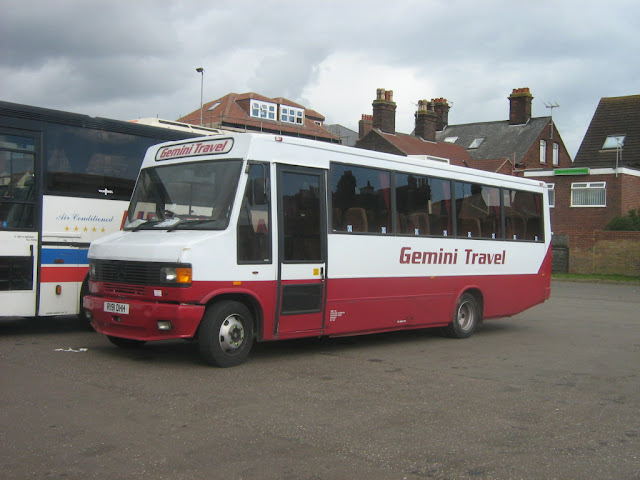 Continuing the Ipswich theme, we return to Great Yarmouth and its Beach Coach Station  on the 25th where Gemini Travel's R191 HOH is present. The Plaxton bodied Mercedes Benz O814D was new to Armstrong of Gisland in Cumbria in August 1997. Gemini subsequently sold it to Barrett of Bangor Erris in the Republic of Ireland

Roy
Posted by eastnorfolkbus at 12:49