Blue Bus Back In Town

A Former Eastern Counties Scania L94/Wright Single Deck made a welcome return to its old stomping grounds today as part of a tour visiting stops on the old Coastliner route once operated by the company. S574TPW was new to FEC in 1998 and began life in Norwich before finishing its career with FEC in Kings Lynn. It then moved to First Northampton and finally to Essex to see out its final operational days. 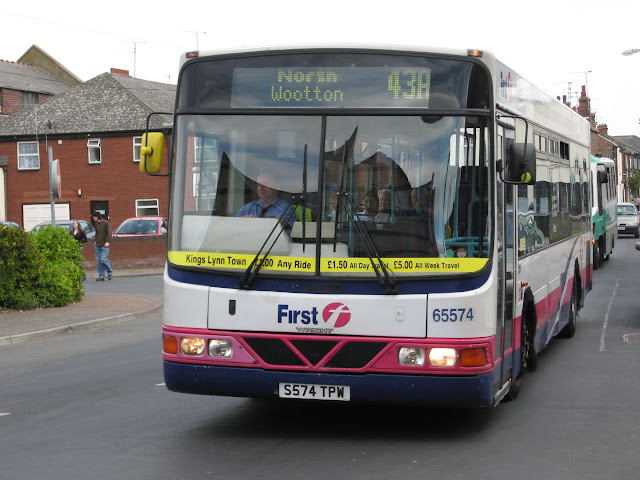 574 is part of The Eastern Counties Preservation Group and owned by Jamie Vendy. The Bus is kept at Guyhirn in Cambridgeshire with other ex Eastern Counties vehicles including former Excel Coach P330RVG amongst others.

Jamie decided to repaint 574 into one of his favourite liveries, First Blue Bus, although none of this type wore the livery it does look impressive on the Scania. 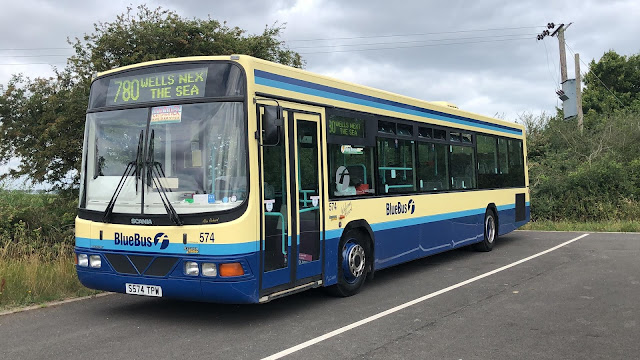 First stop on the tour was Wisbech then Kings Lynn before heading to the North Norfolk Coast and Wells next to the sea, Hunstanton and Cromer were all paid a visit en route to Yarmouth.

574 headed down to Yarmouth via Stalham, Potter Heigham and then a welcome visit to my home village of Ormesby St. Margaret for a quick photo shoot (Thanks to Jamie for the tracking link!) 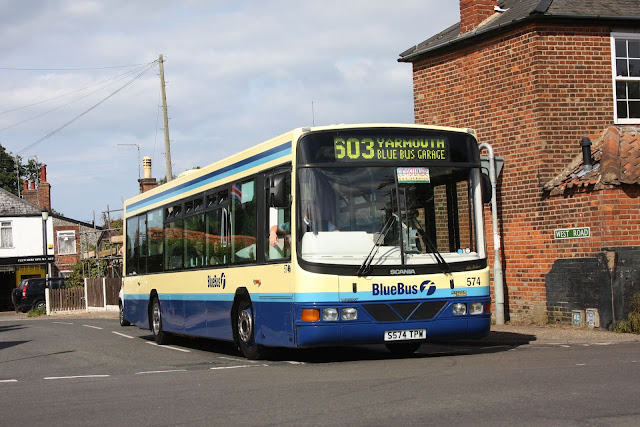 It then made its way to Caister Road Depot for another Photo Shoot and then a brief trip along the seafront before its return to base. 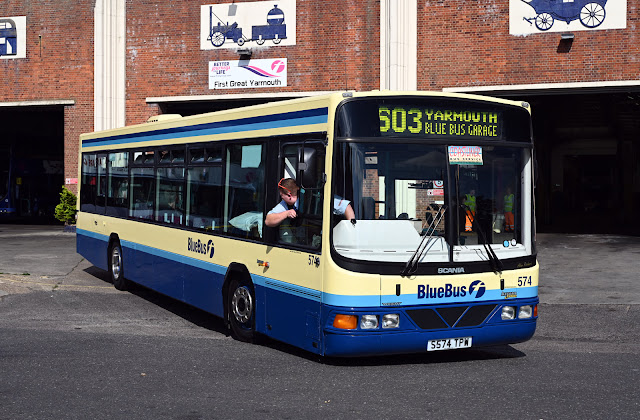 Looked like a great day out for everyone involved and well done to Jamie and everyone involved getting 574 looking so good in its new guise. Many Thanks to Jamie for the info, photos and updates throughout the day allowing me to get some photos for the album!

Also thenks to Mark Pitman for the final photo at Caister Road.