Following issues with Enviro200 44909 YX09 AFY this morning, the recently transferred Dart 43848 SN55 CXE has deputised for it on service 10. Also similar 43486 has moved from Chelmsford to First Eastern Counties but is now based at Ipswich. 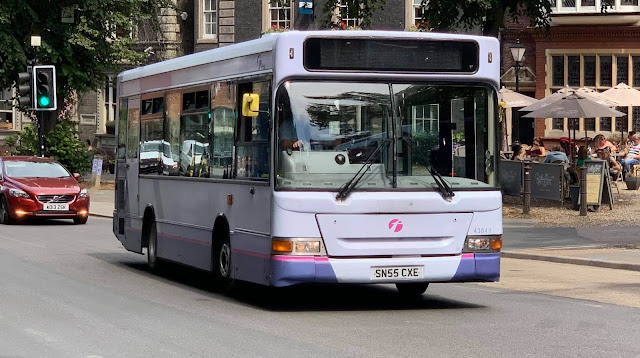 Konectbus Enviro200MMCs have recently been straying from their usual park and ride services. This morning 202 YX69 NPG was observed on the 11 to Dereham. Apparently this is due to the Postwick Park & Ride site being the covid testing site for Norwich so the saloons are now appearing on other routes. 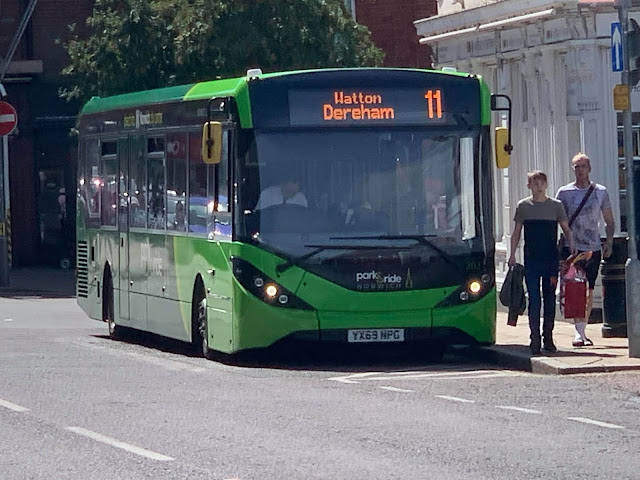