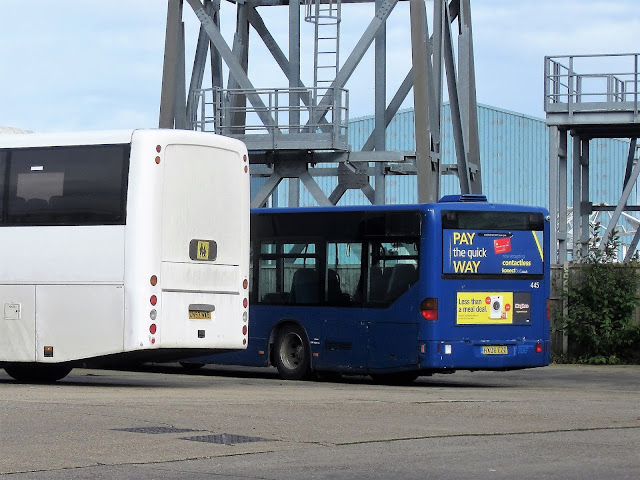 With it being in blue livery it would be quite noticeable on the local streets and, up until Thursday afternoon, I had not seen any evidence of it operating locally and began to doubt whether the information was correct!

However, on my way home from Great Yarmouth I decided to look in at Ambassador’s premises at Gapton Hall Estate to see what was about. Straightaway blue liveried HX06 EZD stood out among the sea of white vehicles - thereby confirming the report. It still retains its Konectbus fleet number 445.

Also present was Mercedes Benz O814D SF53 KUV despite reports elsewhere that it had returned to Semmence. I had also observed it on local schools workings the previous week thereby raising doubts concerning its move.