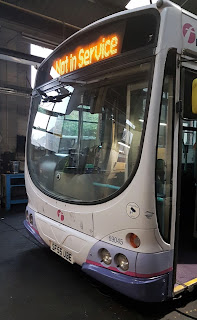 It was originally intended to be 69029 SF55 UAX but the best laid plans of mice and men often go awry and conspired to ensure it didn't take place after all!

My thanks to First Great Yarmouth for the information and photo

Roy
Posted by eastnorfolkbus at 10:32