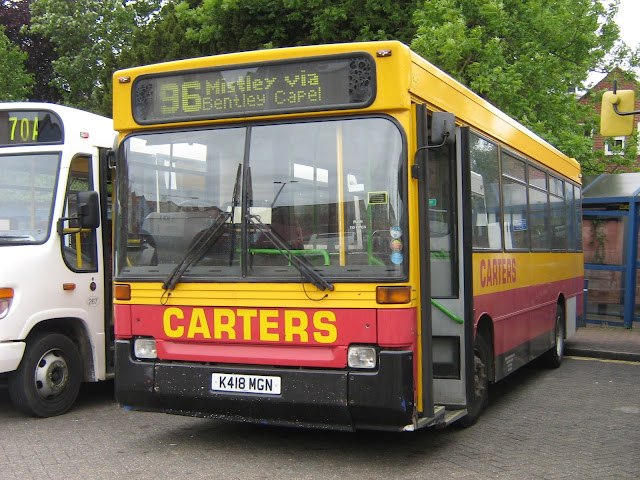 The first photo is of Carters' Plaxton Pointer bodied Dennis Dart K418 MGN. New to R&I Tours of London in March 1993, it became part of the Metroline fleet on take over becoming their DP38. It went into store during 2002 and subsequently sold to Ensign in April 2004 where it was immediately snapped up by Carters. Following withdrawal in early 2009 it was cannibalised with the remains sold for scrap. 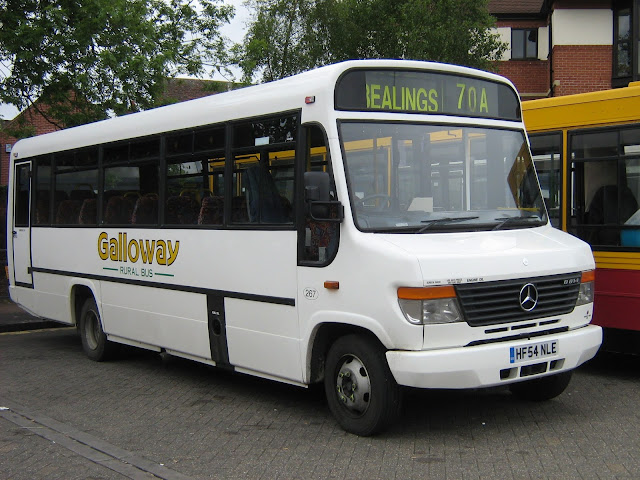 The second picture is of Plaxton Beaver bodied Mercedes Benz Vario O814D HF54 NLE from the Galloway fleet. New to Romdrive of Melton Mowbray in September 2004, as LP54 WET, it joined Galloway in March 2008. 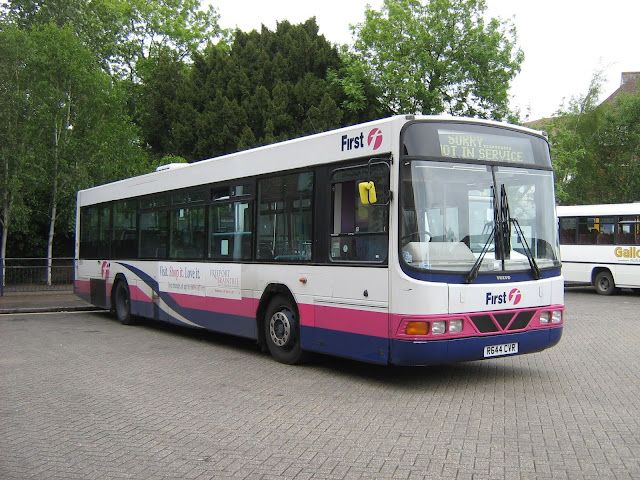 Next up is former Manchester Wright Renown bodied Volvo B10BLE R644 CVR which was then with First Eastern Counties. New to First Bradford in June 1998 it later moved to First Essex and allocated to Basildon to replace fire damaged sister R642 CVR 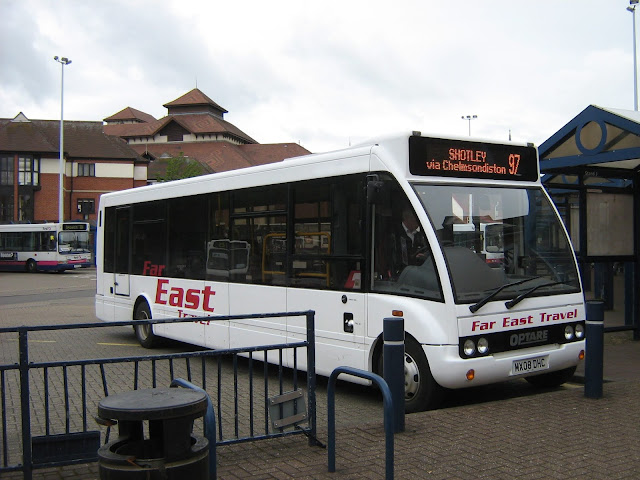 The final offering is of Far East Travel's Optare Solo 950SL MX08 DHC. New to them in April 2008, it  moved to Galloway four years later.
Roy
Posted by eastnorfolkbus at 11:16