Yes its Friday again and time for Friday Flashback, when we journey back into the past and this week we look at happenings in May 2008. Again a busy month for sightings recorded on the old camera, so this is part one with the second part following next week. 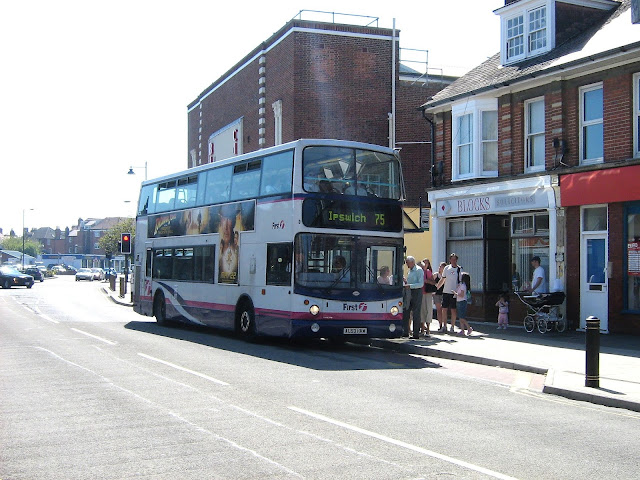 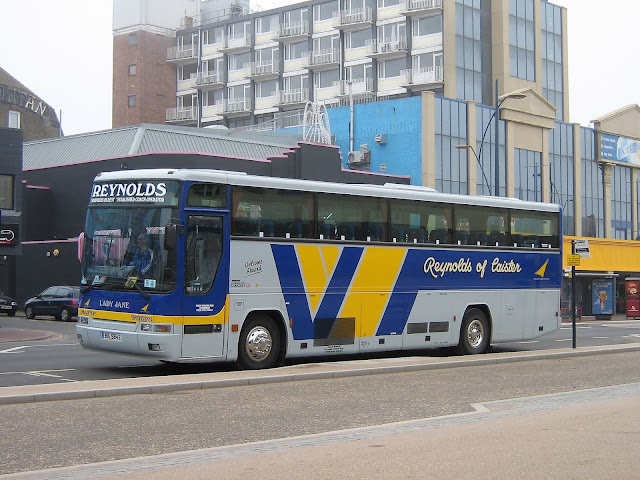 Back in Great Yarmouth two days later and Reynolds of Caister was providing transport for local school children from the town's Marina Centre. BIG 9842 was a Plaxton bodied Volvo B10M-62 formerly registered N966 DWJ. It was new to Brent’s Luxury Coaches and after leaving Reynolds it found its way to Shy Coaches of Southend and was more recently operated by M Cunningham trading as Purley Coaches from London Road in Westerham. (see Ex Reynolds Returns - 4th August 2019) 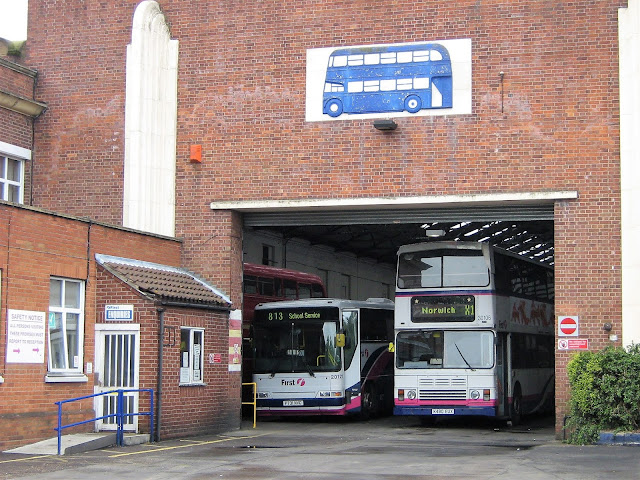 Our third photo sees a visit to First's Caister Road depot on the 16th. Volvo B10M 20121 P731 NVG had just completed a schools service whilst former China Motor Bus 30106 K480 EUX was being readied for a trip to Norwich on the X1 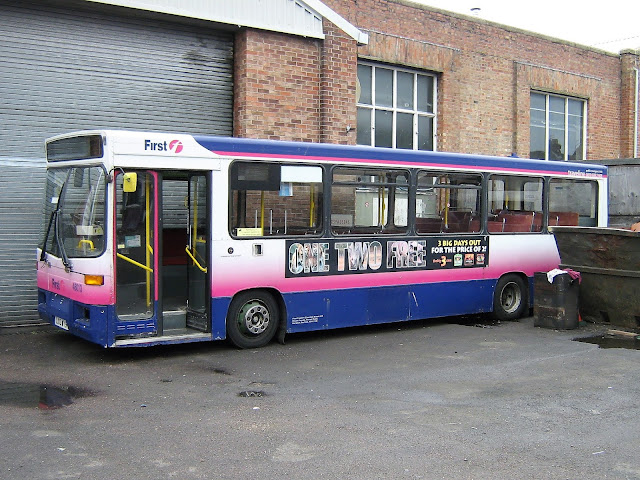 At the rear of the depot on the same day was Volvo B6/ Alexander Dash 48013 L103 WYS nearing the end of its useful life. It was new to Kelvin Central in March 1994 passing with the business to Strathclyde Buses Holdings where it subsequently became part of the First Glasgow fleet. First Eastern Counties later acquired it from Glasgow and its scrapping occurred at PVS of Carlton. 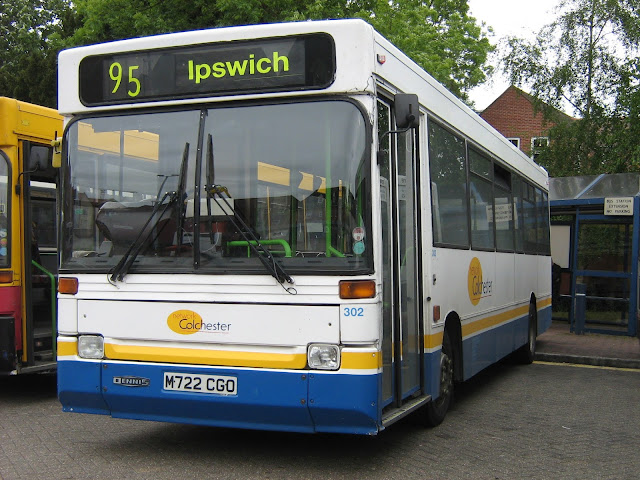 Our final photo was taken on a trip to Ipswich the following day where Network Colchester's 302 M722 CGO had taken up residence at the town's Old Cattle Market Bus Station following use on the 95 route.
Roy
Posted by eastnorfolkbus at 12:17