Joe Wilson-Smith reports of two recent arrivals at Dolphin Autos in Norwich and both appear to be from Edwards Coaches of Llantrisant of Wales. 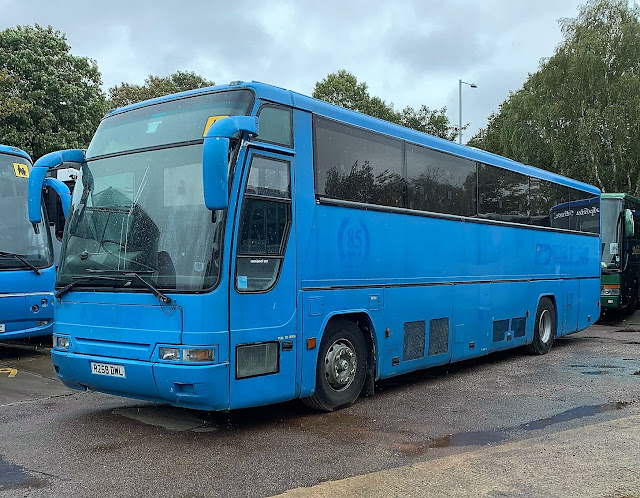 The first is Plaxton Excalibur bodied Volvo B10M R258 DWL which was new to City of Oxford in February 1998 and later moved to Llew Jones of Llanrwst. It certainly shows where the Edwards Coaches original branding was. 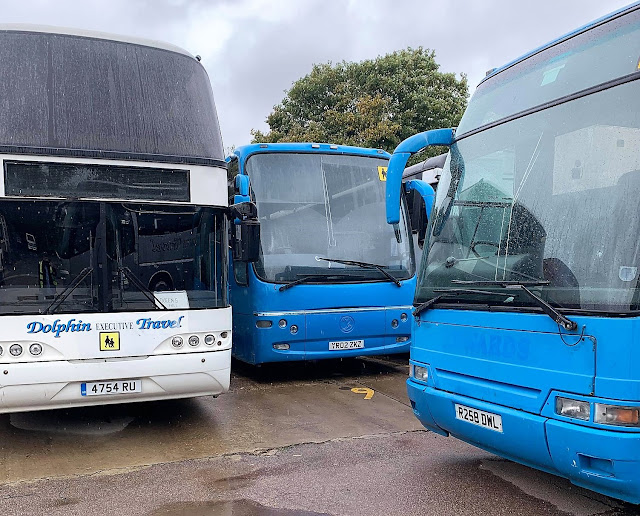 The other is Dennis R/Plaxton YR02 ZKZ which was new to Hallmark of Coleshill, Birmingham in March 2002.

My thanks to Joe for the report and photos.
Roy
Posted by eastnorfolkbus at 09:44