For this week's Flashback Friday we revisit June 2008 with our first photo being of a rare visit by a Hedingham vehicle to Great Yarmouth's Beach Coach Station on the 18th. EK51 JAU is a Plaxton Paragon bodied Volvo B10M-62 which was new to them in January 2002 and subsequently exhibited at various events including Showbus and Brighton Coach Rally. 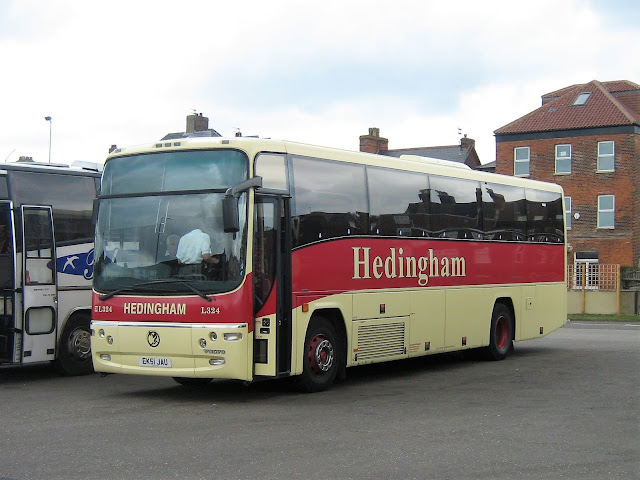 Two days later and the adjoining Nelson Road North was graced with the appearance of Ambassador Travel's Volvo B10M-60 G512 MNG. New in April 1990, it appears to be on a contract working. 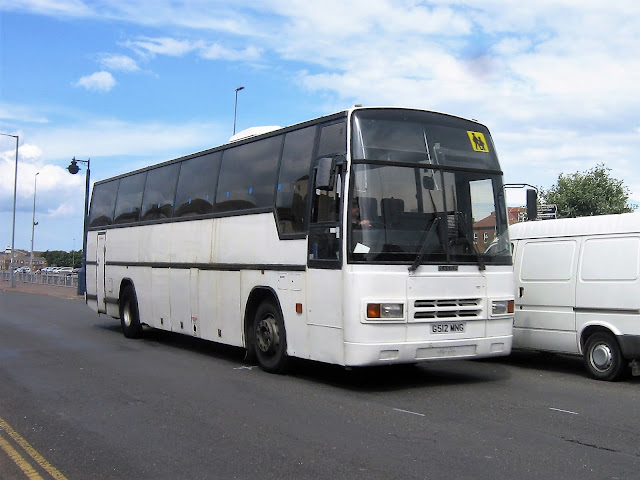 We now move to Norwich Riverside on 23rd June where Anglian's C75 CHM is observed following a schools duty. The Leyland Olympian was new to London Transport in June 1986 entering service at Plumstead Garage. On privatisation, in late 1994, it became part of the Stagecoach Selkent fleet and was subsequently sold to Ensignbus. Sanders Coaches acquired the ECW bodied decker in January 2002 and by September 2006 it had passed to Anglian where it lasted in service until 2008 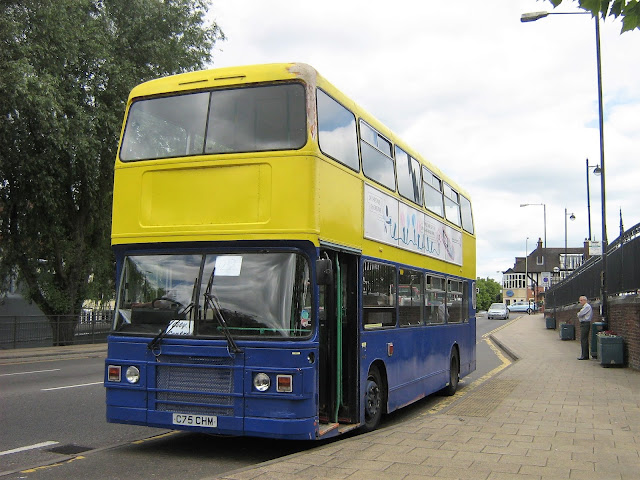 The final photo is of Norwich Bus Station on the same day with different coloured vehicles present. On the right is First's Transbus ALX400 32483 AU53 HKA on the Harford P&R whilst on the left is Norfolk County Council's Irisbus Agoraline OY53 RFV on the Airport P&R 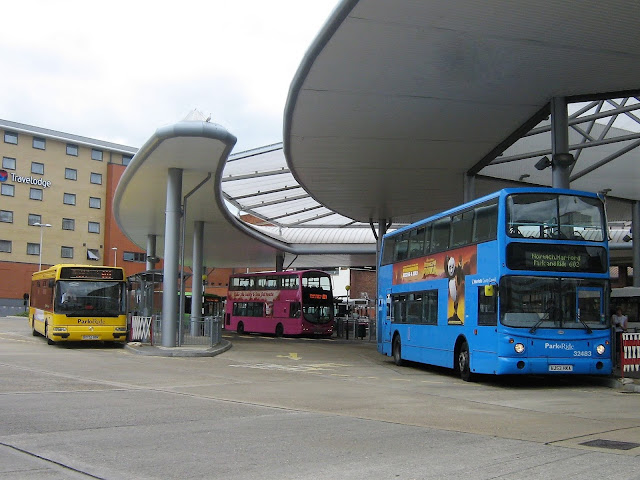 Roy
Posted by eastnorfolkbus at 12:00