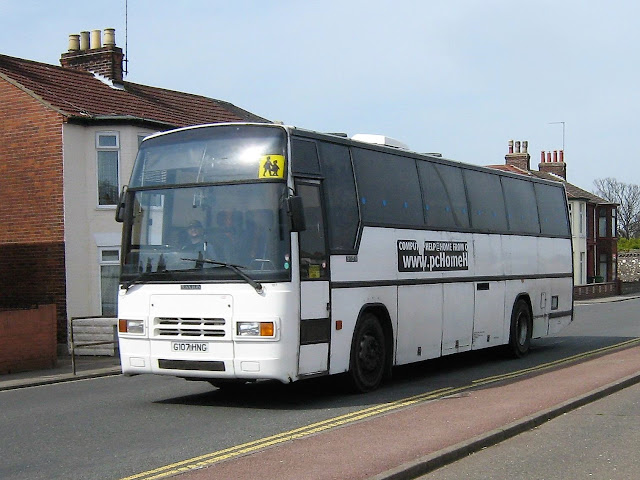 We begin on the 22nd with Ambassador Travel's G107 HNG heading south on Nelson Road North passing Beach Coach Station. The Plaxton Paramount bodied Volvo B10M--60 was new to the operator in August 1989 and is thought to be on a contract working. 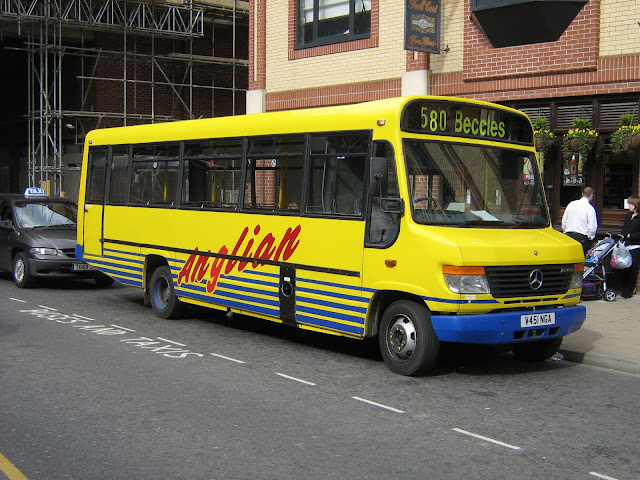 Our second subject is Mercedes Benz O814D V451 NGA from the Anglianbus fleet pictured outside the Troll Cart Public House on the 28th. New to Whitelaw of Stonehaven, its about to leave on the 580 to Beccles. The 580 now departs from outside the Poundstretchers store (previously BHS) and is operated by Borderbus. 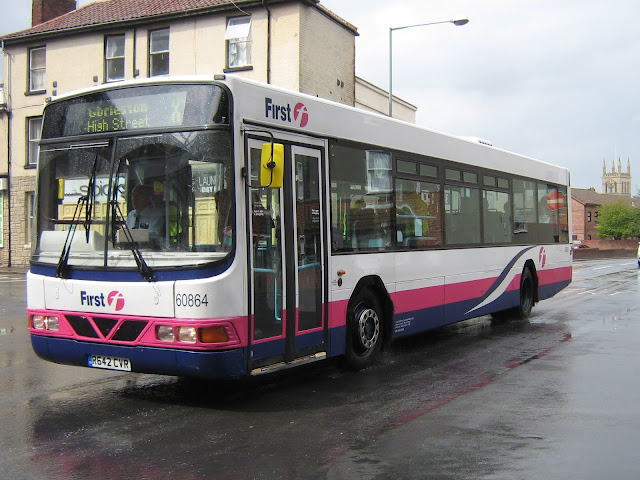 The following day First's Volvo B10BLE/ Wright Renown 60864 R642 CVR is seen entering Market Gates Bus Station with an X1 service bound for Gorleston High Street. Great Yarmouth had three of these which later transferred to First Essex. 60864 subsequently made news when it caught fire on the A130 road in Essex during October 2013 and was scrapped soon after. 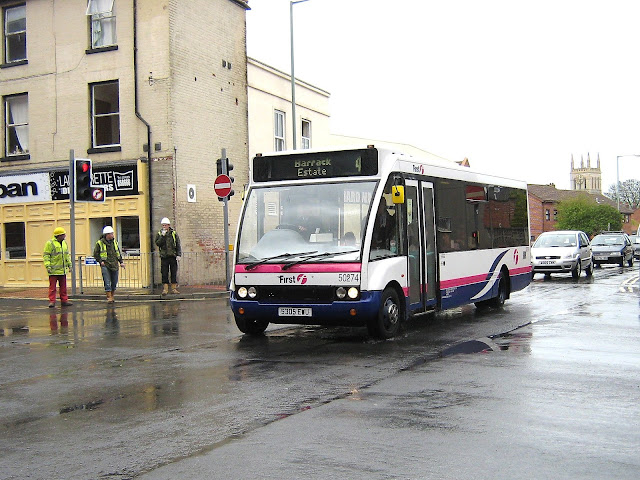 The penultimate photo is of First's Optare Solo 50274 S305 EWU also arriving at Market Gates on the same day with a Barrack Estate service. I can only remember First Great Yarmouth having a couple of these which didn't stay for very long 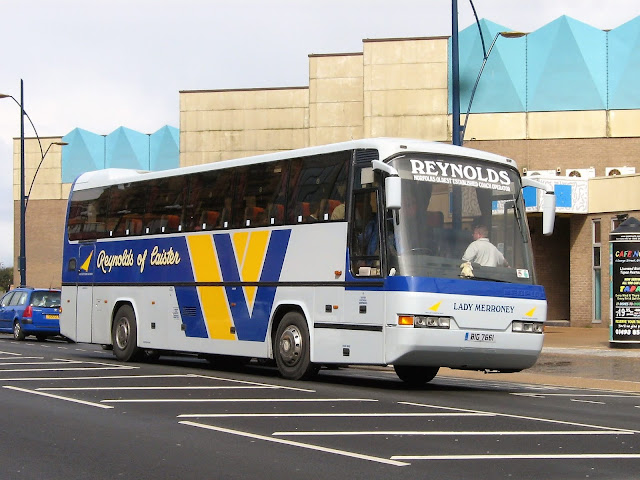 Our final photo is a bit of history, in more ways then one, with the operator and the Marina Leisure Centre both no longer in existence. The coach is Reynolds of Caister's BIG 7661 also photographed on the 29th. The Neoplan Transliner bodied Dennis Javelin was picking up schoolchildren from the Centre following their swimming lessons. New in 1997 to Bob Bailey of Folkestone as P992 HWF, the coach joined the Reynolds fleet in 2006. It then ran with Carefree Holidays of Marske for its last two years before seeing its final duties in 2011.
Roy
Posted by eastnorfolkbus at 12:08