From the Streets of London to the Farms of Norfolk

Its the time of year when the farms of Norfolk hire extra workers to maintain their crops and buses are supplied to transport workers around the farms. Hirst's Farm in Ormesby St Margaret is one such farm and every year workers are employed to help with harvests. Two ex Arriva London Volvo B7TL/ALX 400's have been noted at the yard over the past few days. 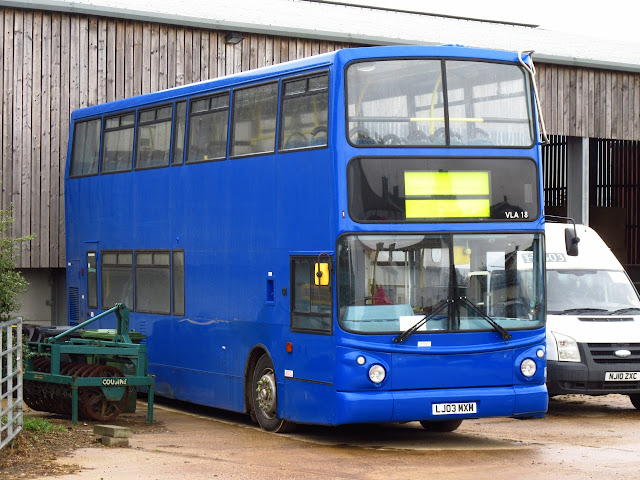 Former VLA18 LJ03MXM is pictured above whilst former VLA20 LJ03MXP has also been noted in use around the village. 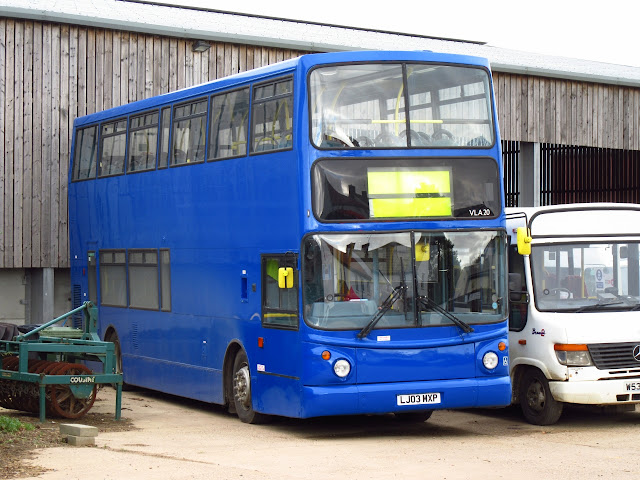 Both are operated by Barway Services of Cambridge and both were recently purchased from Ensign, Purfleet in September.