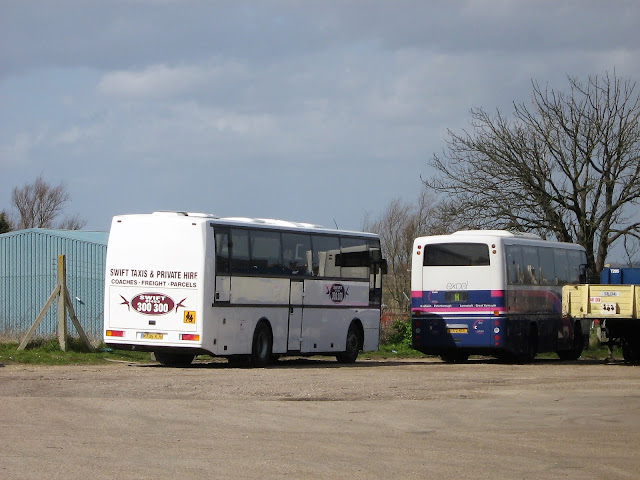 The former was new to Monetgrange of Nottingham in March 1995 and was last heard of with GHA Coaches of Corwen. The latter was new to First Eastern Counties in 2002 for use on their X94 service between Lowestoft and Peterborough. 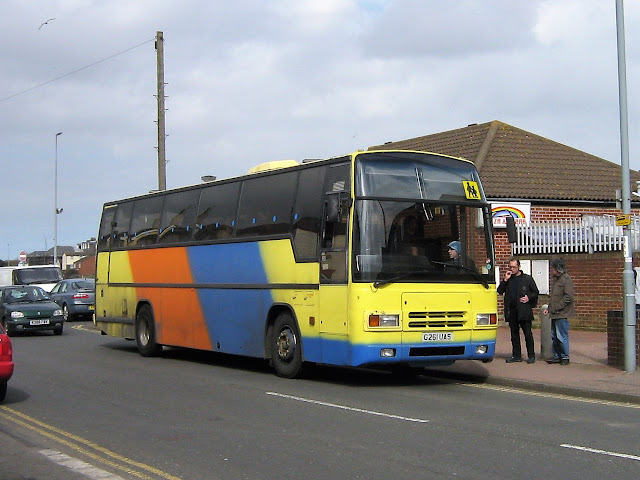 Up next is Ambassador Travel's Plaxton Paramount bodied Volvo B10M G261 UAS seen on Nelson Road North in Great Yarmouth the following day on what is thought to be private contract work. New to Rapson of Alness in October 1989, Ambassador acquired it from Barnet based Southgate & Finchley in August 2006. 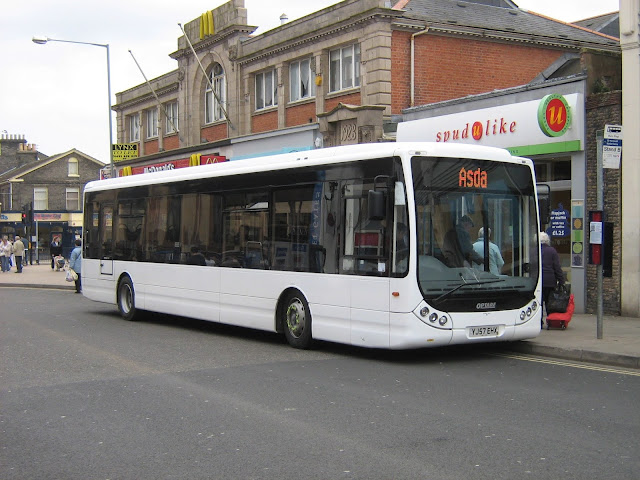 On the same day Ambassador's YJ57 EHX was on ASDA shuttle duty at Market Gates. Used extensively on school/college work, it then moved on to Norfolk Green and Stagecoach East where it was quite often seen in Norwich on the X29 service to Fakenham.  It was subsequently acquired by Connexions Buses of North Yorkshire and then sold on to Brylaine 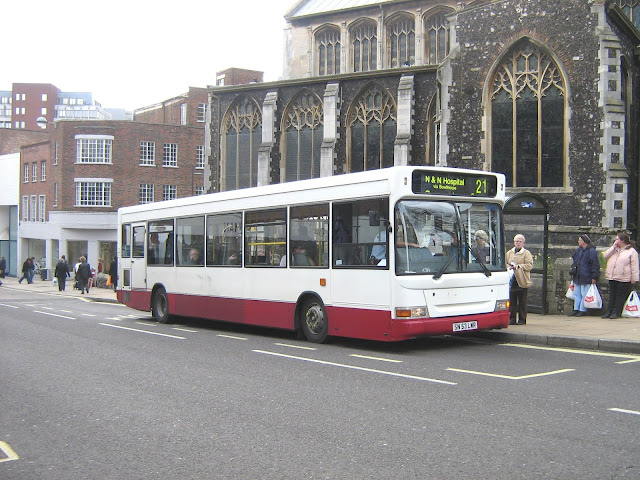 Earlier in the year there were changes to the rules regarding vehicle emissions in Castle Meadow, Norwich. As a result Eastern Counties began sending their Scania single deck vehicles away for engine modifications to comply with the new regulations which meant various vehicles were loaned in to cover the missing fleet. 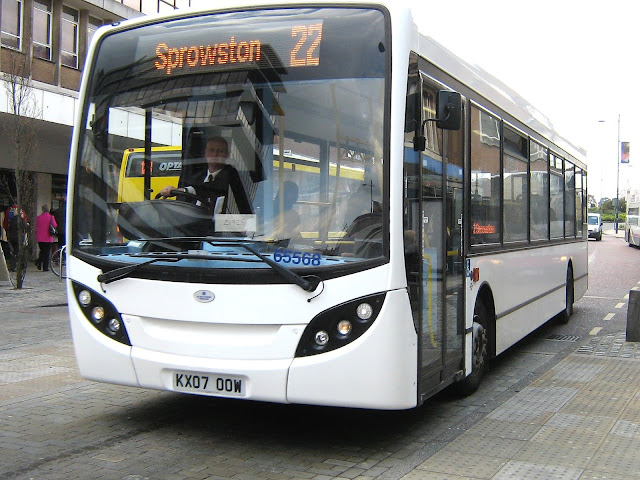 These included former Red Line Plaxton Dart SN53 LWR and Enviro 200 KX07 OOW - the latter also saw use with Webberbus and Diamond Bus
My thanks to 'Shieldman' for the update on YJ57 EHX
Roy
Posted by eastnorfolkbus at 11:33