Bank Holiday Bonanza (Not Quite)

Many moons ago August Bank Holiday Monday would have seen the Beach Coach Station full of visiting coaches bringing visitors to the seaside for the day. I drove into town to see what was around at Lunchtime only to be greeted by just the FOUR visiting coaches to the town. 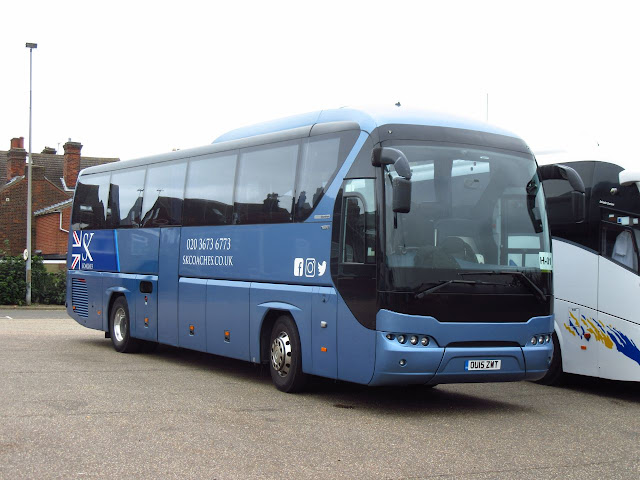 First up is SK Coaches of Southall in Middlesex, OU15ZWT is a Neoplan S2216SHD new to Seaview Coaches, Parkstone. 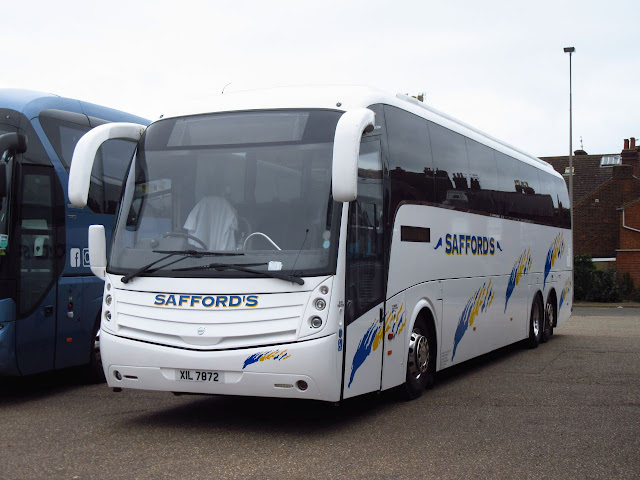 Next is Caetano Levante XIL7872 Saffords of Little Gransden in Cambridgeshire. Originally FJ61EXG a Volvo B13RT new to Kings Ferry. The same registration appeared in the blog back in April 2012 when it was carried by a Volvo B10M for the same company! 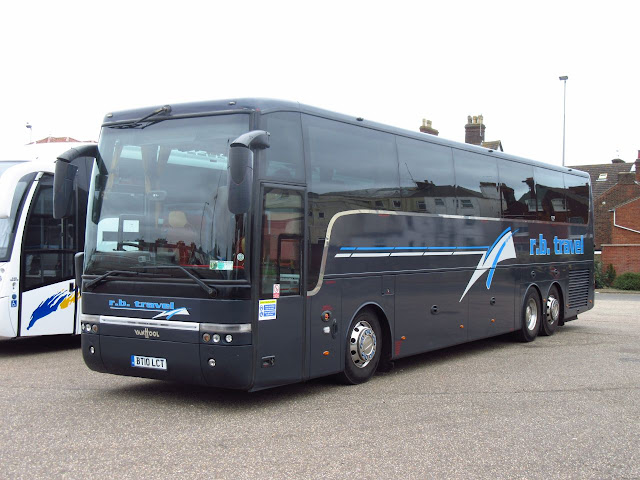 RB travel from Kettering were in town with their Van Hool T916 BT10LCT which was new to Leons of Stafford as their 186. 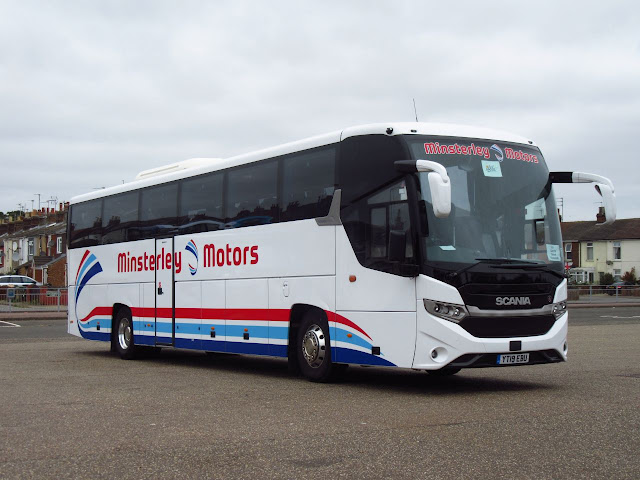 Grahame.
Posted by Norfolkbus at 16:15