Yesterday afternoon I made one of those now rare visits to Great Yarmouth Town Centre with my camera to record activity. I travelled there on First Eastern Counties Coastlink liveried Enviro400 33817 YX63 LKF 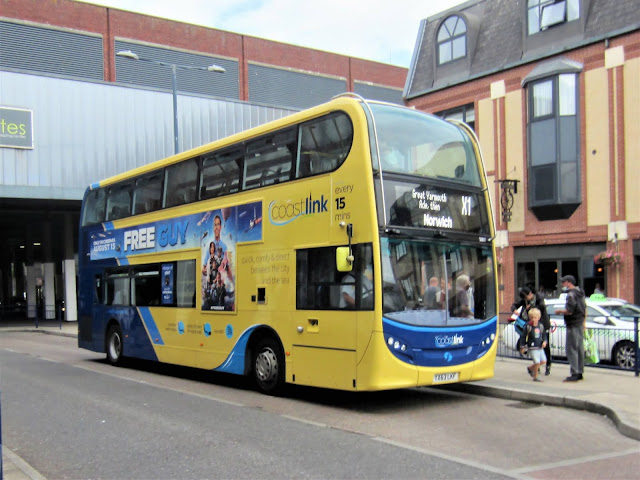 After taking a few photos at Market Gates I headed off to Beach Coach station where the only coach present was Bradshaw Travel's Volvo B11RT/ Plaxton Panther YX18 LJU. 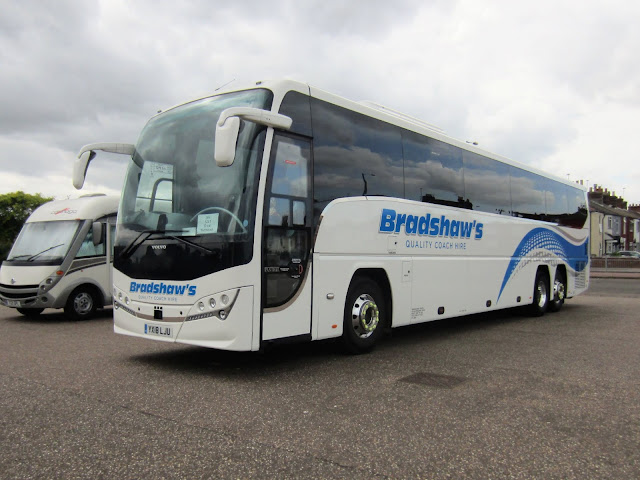 A few moments later a couple of contract vehicles turned up with Alexander ALX400 bodied Volvo B7TL 30959 YJ59RCO being the first to arrive. Shortly after leaving for Bernard Matthew's Holton factory another decker appeared in the form of Volvo B9 BD11 CGF still in First Norwich Blue Line livery. Its destination was the 2 Sisters Food Group at Flixton 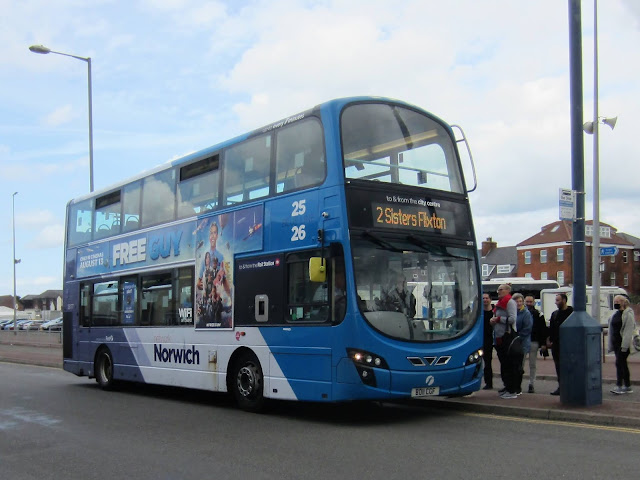 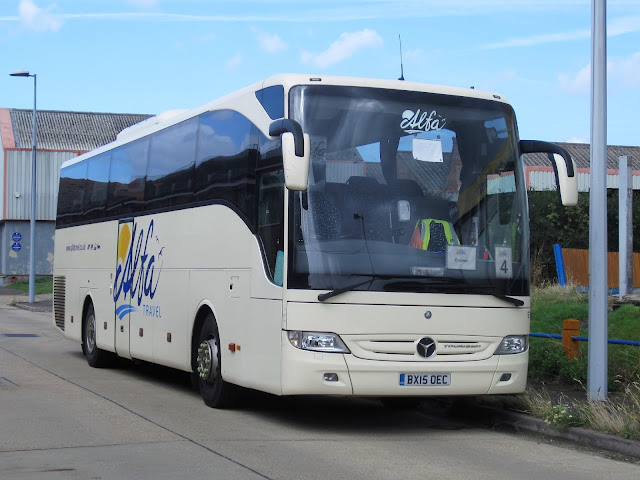 I returned in time to see National Express Scania K410EB6/ Caetano Levante 320 BF21 CZE loading prior to its departure on the Friday to Monday14:40 491 service to London Victoria Coach Station 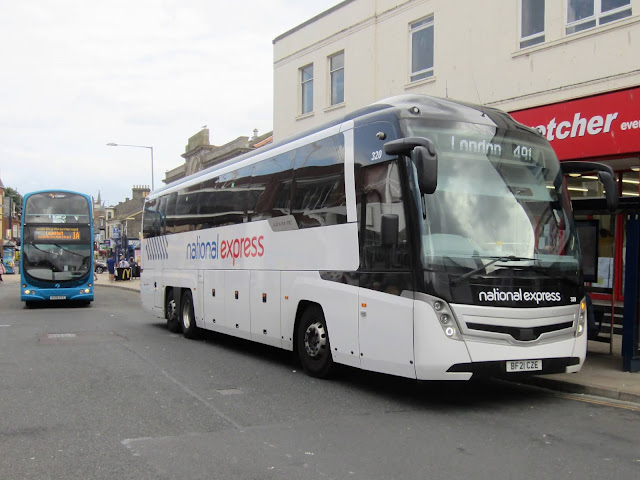 I then moved to Regent Street for a different backdrop for photos and was immediately rewarded with a picture of First's newly repainted 36215 BJ12 VWX in Coastal Red livery on a Coachlink X11service! 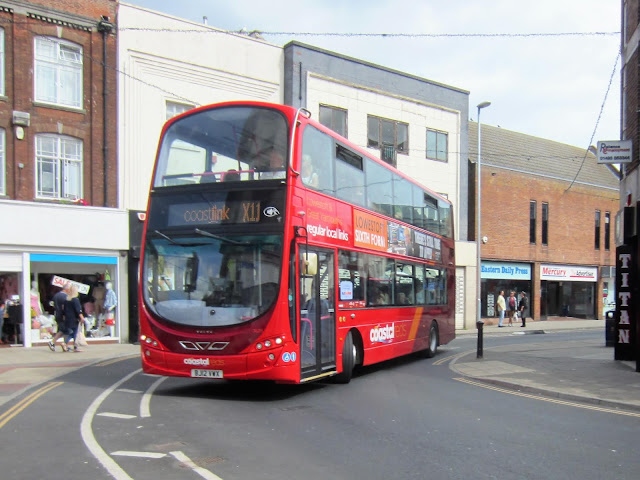 Another location for our last photo and that was at Temple Road where Our Bus Optare Solo YJ62 FZV was on its way to Market Gates to take up its 15:30 271 working for Hemsby. 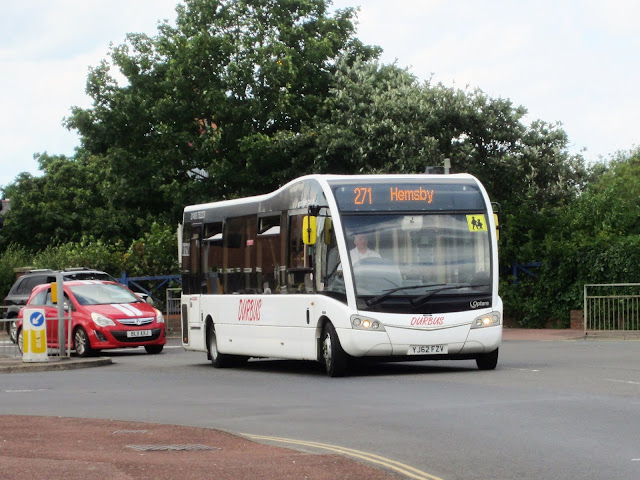 Roy
Posted by eastnorfolkbus at 09:13