For this week's Friday Flashback we wind the clock back to early November 2010 to revisit some local sightings. 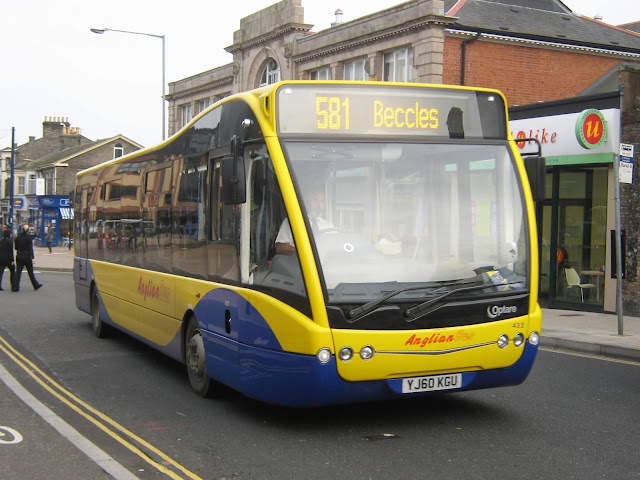 We start with a photo of almost new Optare Versa YJ60 KGU leaving Market Gates Bus Station on 2nd November. It was employed by Anglian Bus on the 581 Beccles route having been taken into stock a couple of months earlier in September 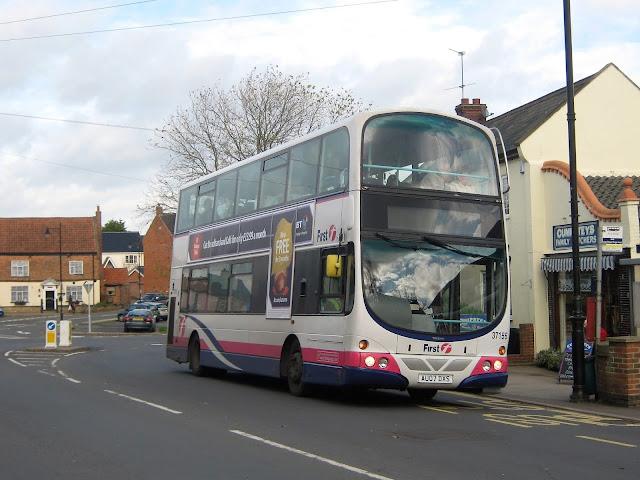 For the next couple of photos we are in Acle on the 12th and we see First's 37156 AU07 DXS leaving the village with an eastbound X1 duty. The Wright Gemini bodied Volvo B7TL was new to First Eastern Counties in March 2007 and later transferred to First Potteries 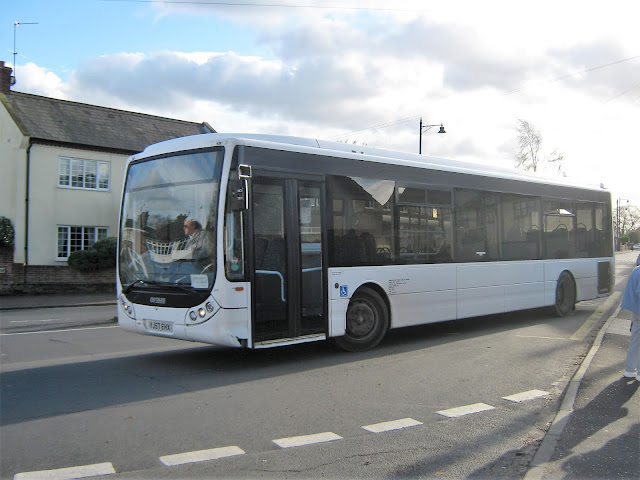 The second Acle photo is that of Ambassador Travel's YJ57 EHX in the High Street thought to be returning to Great Yarmouth after operating a schools service. It moved to Connexion Buses of North Yorkshire and also saw use with Norfolk Green and Stagecoach East. It was quite often to be found in Norwich on the X29 Fakenham route 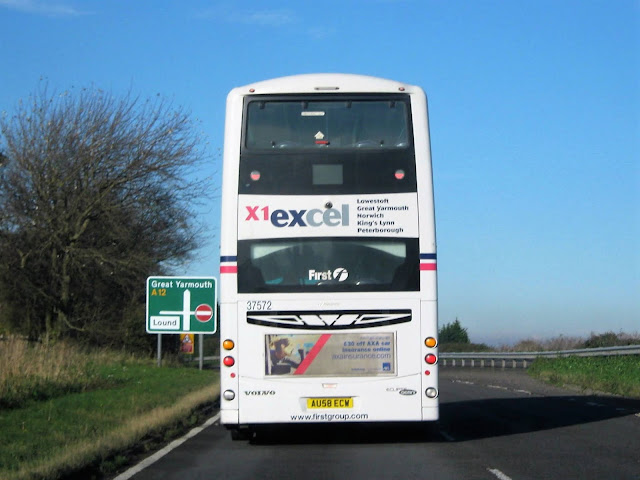 The final photo is of First Eastern Counties 37572 AU58 ECW on the 15th heading to Hopton on the A12 (now A47) from Lowestoft to Great Yarmouth on the X1 service. The Gemini is still with 'Counties' having recently received the Coastal Clipper livery
Roy
Posted by eastnorfolkbus at 11:02