We continue with our Friday Flashbacks and this week we revisit October 2010 with most of the photos taken in Great Yarmouth. 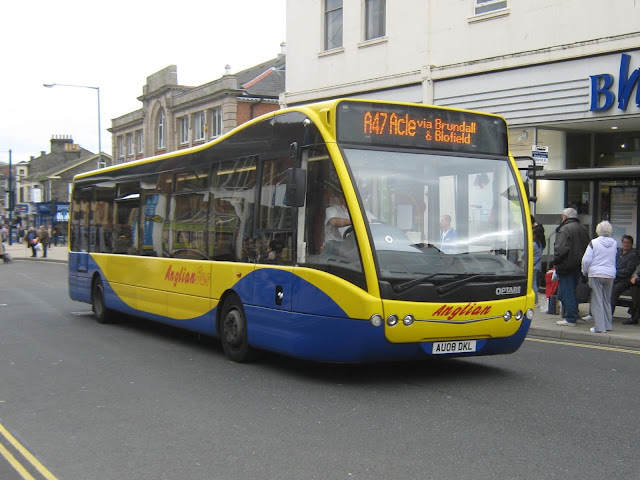 First up is a picture of Anglianbus Optare Versa AU08 DKL outside the old BHS store on Regent Road on the 12th. Anglian was acquired by the Go Ahead Group some two years later along with vehicles. Konectbus assumed operation of services and the Versa was later painted by them in all over dark blue. In July 2019 it was one of two Versas acquired by H Semmence & Co of Wymondham for use on a new service linking the market town to the Norfolk and Norwich University Hospital . It recently joined the Great Yarmouth fleet of Ambassador Travel providing schools services still in its blue livery. 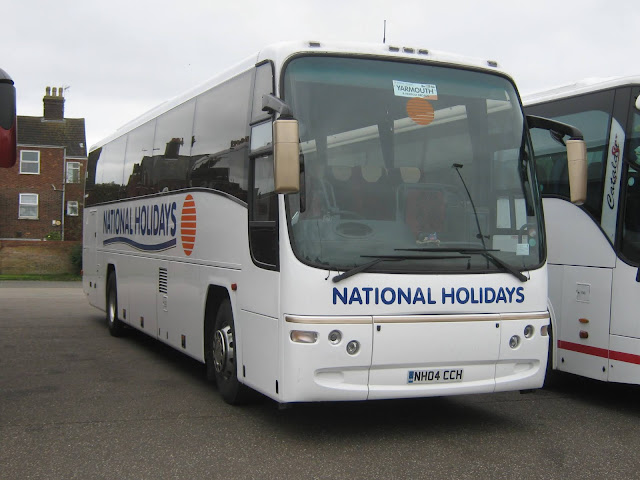 On the same day a wander to Great Yarmouth's Beach Coach Station resulted in what was a very common appearance of a National Holiday's coach there. NH04 CCH was once a Wallace Arnold Grand Tourer with registration GT04BGT. The Volvo B12M Transbus/Plaxton Panther was new in May 2004. 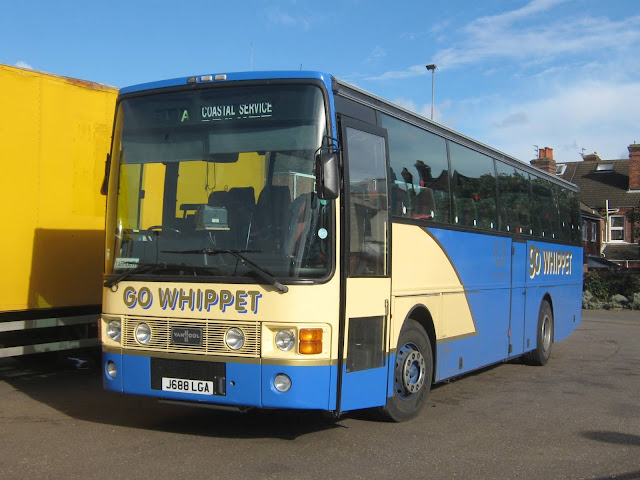 A week later, on the 19th, the coach station was a resting place for a Whippet coach which made constant appearances on its Cambridge to Great Yarmouth coastal services. Members of the LGA batch were regular visitors on these routes with Van Hool Alizee bodied Volvo B10M J688 LGA on duty that day. The coach was eventually removed from Whippet's Swavesey premises by the scrapman during February 2015. 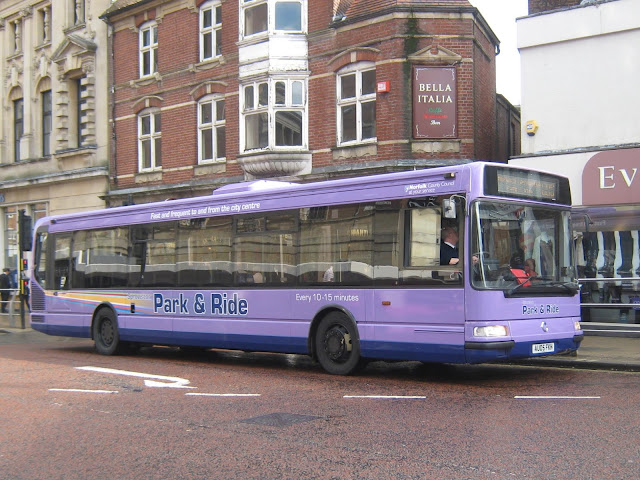 The location of our last photo is Red Lion Street in Norwich where a Norse Park & Ride Irisbus Agora Line saloon is on Norwich and Ride Service. AU05 FKH subsequently passed to Norfolk Green at Kings Lynn and there was still the odd appearance in the city on their services.

Roy
Posted by eastnorfolkbus at 16:18