Apart from a passing reference to Bristol VR VPW 85S at the North Norfolk Railway's Vintage Transport Day on Sunday, there was no indication of any former Eastern Counties vehicles attending the event. 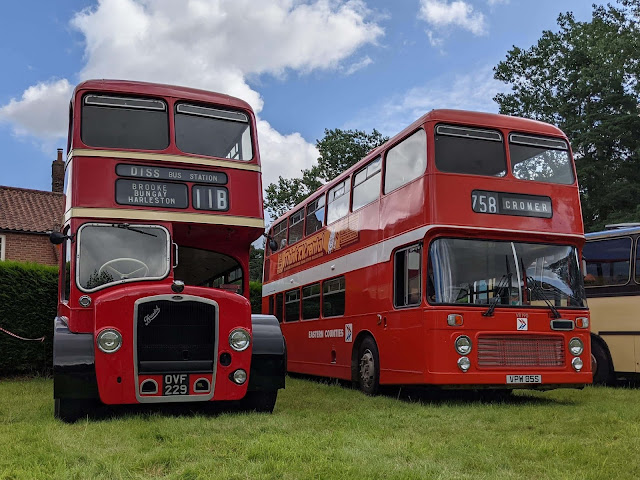 As you may know VPW 85S was part of the Eastern Counties fleet as VR190 and was ordered by Waveney District Council before takeover by 'Counties'. It is now owned by the VR190 Preservation Group. It didn't see use in service on the day probably due to the fact that it had no lower deck seating following the fitting of a new floor only recently

The other former 'Counties' vehicle present on the day was the Eastern Transport Collection's OVF 229. Operating as LKD229 in the fleet, the Eastern Coach Works bodied Bristol LD5G was also not on active duty on Sunday

My thanks to Daniel Peart for the photo of both of the vehicles which are pictured at Holt
Roy
Posted by eastnorfolkbus at 12:16