For this week's Friday Flashback we again revisit Norwich on the 20th October 2010 to observe activity. 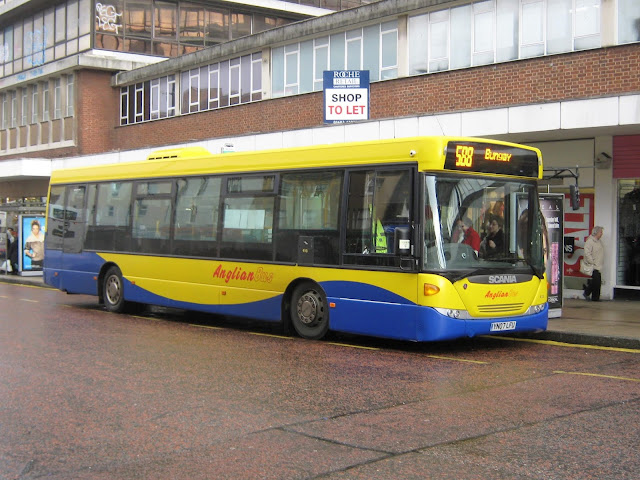 We begin with a photo of Anglian's Scania N230UB OmniLink 413 YN07 LFU on St Stephens Street awaiting time for departure on the 588 to Bungay, It was new as a Scania demonstrator in June 2007 and saw use with Preston Bus. Anglian acquired it from Scania in April the following year. 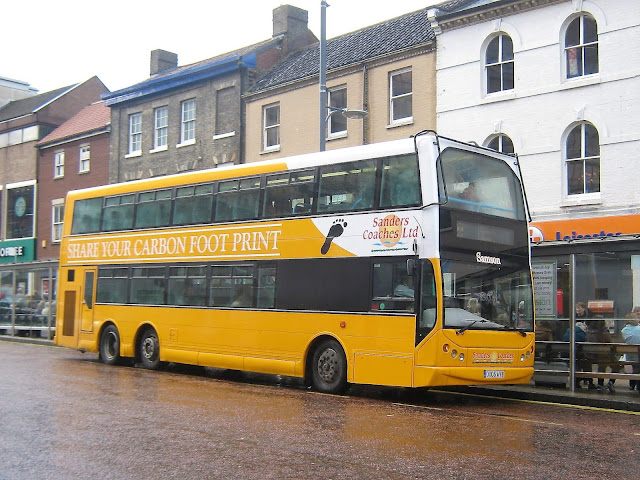 On the opposite side of the street that day was Sanders Coaches triaxle OU05 AVB The East Lancs bodied Volvo B9TL was new to Weaver of Newbury in April 2005 with Sanders obtaining it from them in August 2010. In 2018 it was sold to Lucketts of Fareham and repainted into Worthing Coaches livery for mainly school duties (see Worthing Coaches Visit - 1st October 2018) 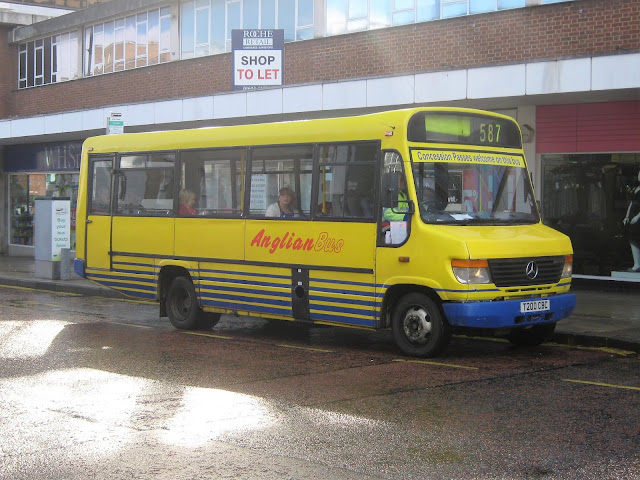 Crossing back over the road again another Anglian bus is observed. In 2002 Plaxton Beaver bodied Mercedes Benz O814D T200 CBC was purchased by Anglian from Coakley Bus of Motherwell in Scotland where it was new in March 1999 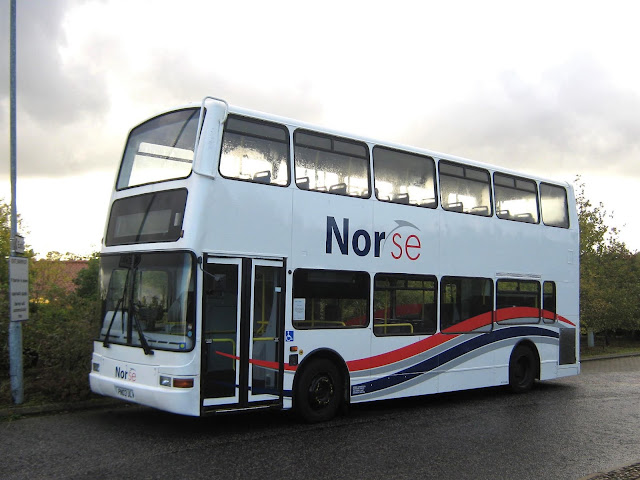 Our last photo is of Norse PN03 ULV at the Postwick Park and Ride site on the east side of the city. The Dennis Trident came from London General as their PDL36 in May 2010 along with 12 others that year. Some five years later many moved to dealers Ensign with three of them, including ULV, being sold to Central Buses of Birmingham in January 2016. The three continue to stay together and now form part of the Preston Bus fleet seeing use on Lancashire County Council's school duties

Roy
Posted by eastnorfolkbus at 11:56