A Sunday afternoon trip to the parents is the norm for the weekend so I took the camera along to see what was out and about. 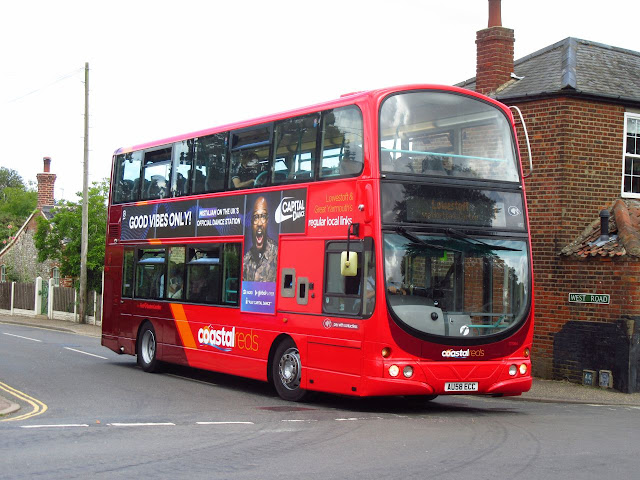 First up was one of the most recent repaints into Coastal Reds livery 37564 AU58ECC, seen here in Ormesby heading for Lowestoft on the Coastal Clipper 1 service.

Next stop was Caister On Sea where I had passed a couple of Buses and managed to get in front of them and park up near the Post Office to grab a couple of sunny shots. 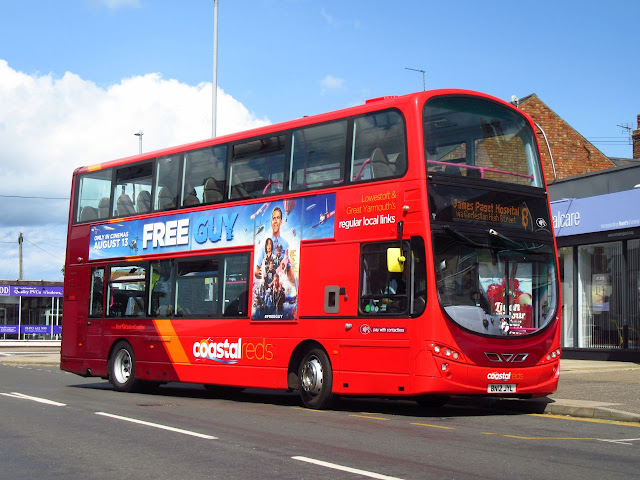 36188 BN12JYL recently transferred from Lowestoft back to Yarmouth and is seen here on the 8 service to the James Paget Hospital. 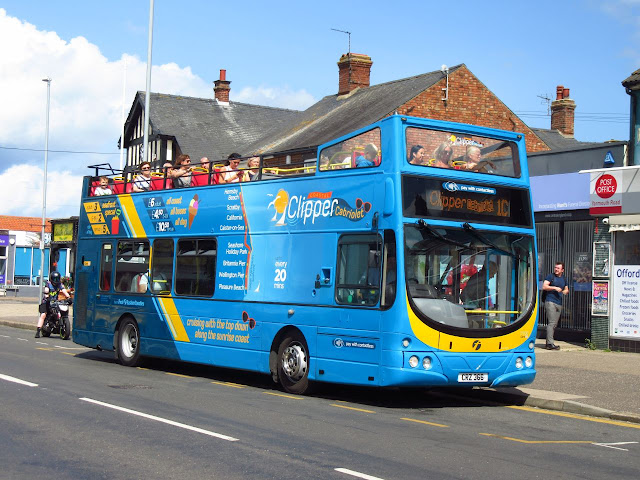 Open Topper 37000 CRZ366 was not far behind and noted with a good load of customers enjoying the sunny conditions en route towards the seafront. 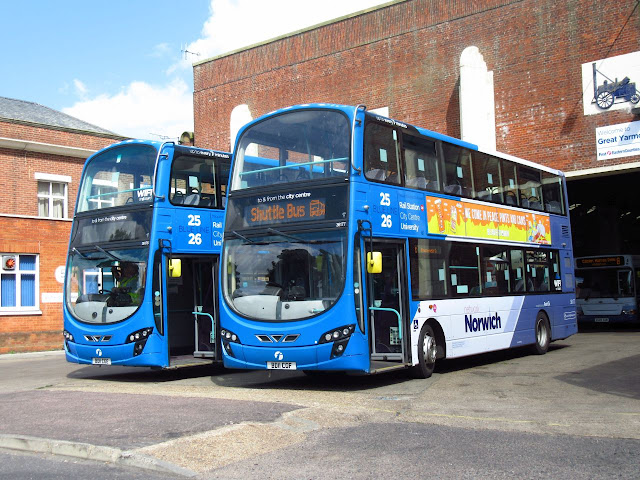 Caister Road is currently home to 3 Norwich Blue Line Geminis being used for Contract work, 36176 & 36177 were sharing shuttle duties today and both were having a rest on the forecourt. The last of the trio here is 36178. They are due to return to Norwich in September.

Finally a quick look in at Beach Coach Station which had half a dozen visitors today, one of note was a classic 1995 Volvo B10M Jonckheere Deauville with Stephensons of Grantham, Lincolnshire. It was new to Clarkes of London and carries its original registration and looking in excellent condition, complete with its own Seagull for company! 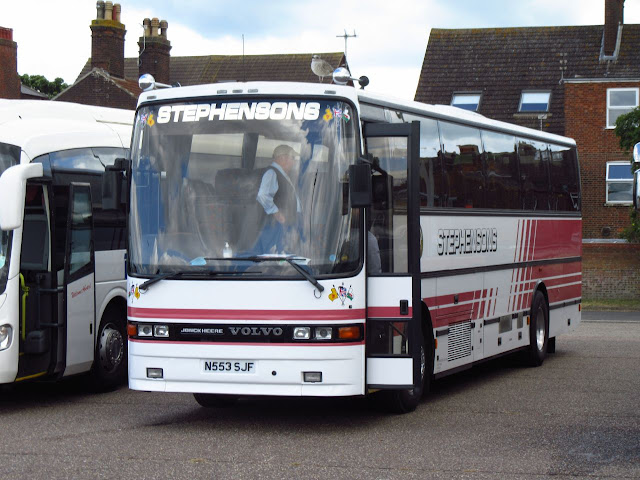