Seconds after arriving at Churchill Square in Brighton on Sunday, Brighton & Hove Volvo B9TL 471 BK13 OAS was seen on the opposite side of the road operating on the 21A service to Goldstone Valley. Wearing its 'Albion in the Community Livery', it is named after Jacob Schilt one of the eleven persons losing their lives in Shoreham Airshow tragedy in 2015. 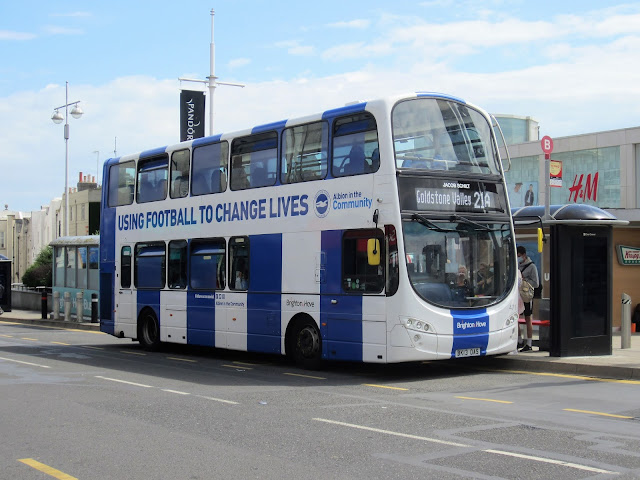 Continuing our walk eastwards, we were passed on North Street by Brighton Sightseeing open topper GX03 SSV on its way to take up position near Brighton Pier. The East Lancs Omnidekka bodied Scania N94UB was delivered to Brighton as a closed top vehicle but converted to open top in early 2015 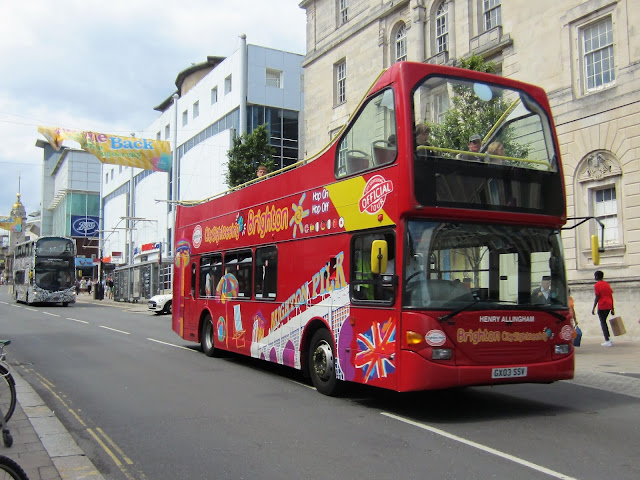 Appearances of the latest Alexander Dennis Enviro 400MMC EV hybrid buses were quite common and this is 349 YX70OJU on a Whitehawk service on St James Street. 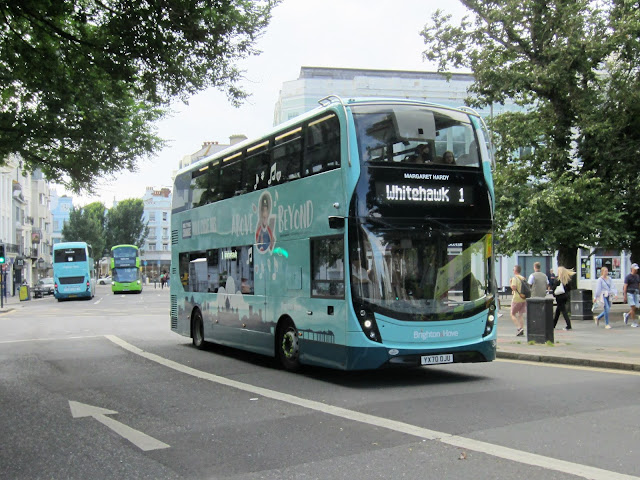 Later in the same vicinity was another electric powered bus in the form of The Big Lemon's Optare Solo YJ68 FZN in its distinctive colour. 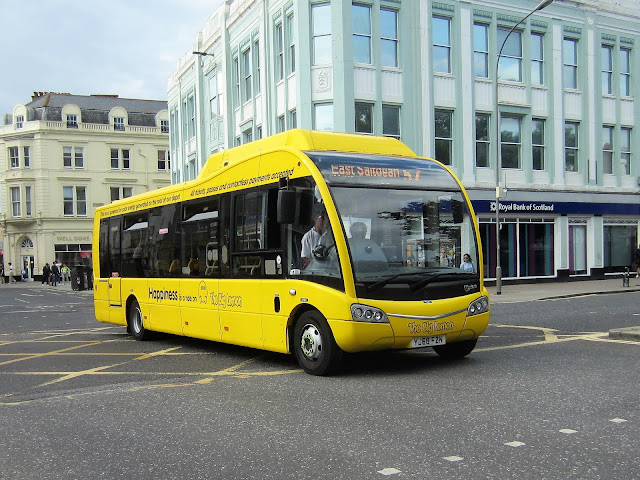 It wasn't too long before Stagecoach South's Enviro 400 Coastliner liveried SK18 KNF appeared at Churchill Square to take us back to Worthing on the 700 service. 10942's final destination was Littlehampton (known locally as LA!!) 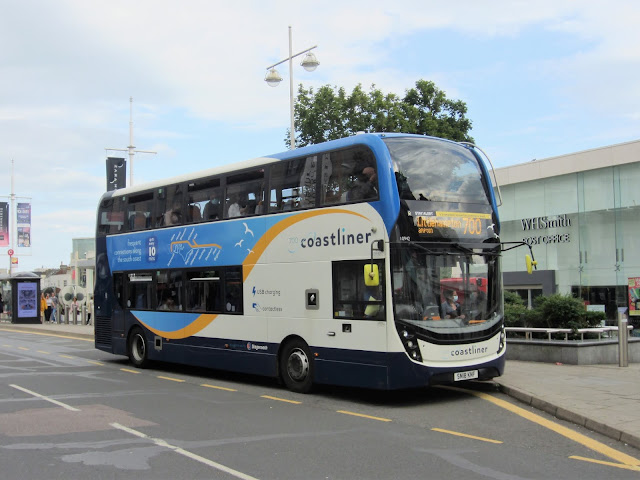 Roy
Posted by eastnorfolkbus at 18:28