Norwich city centre is the location for this week's Friday Flashback as we look back at independents operating there on the 20th of October 2010. 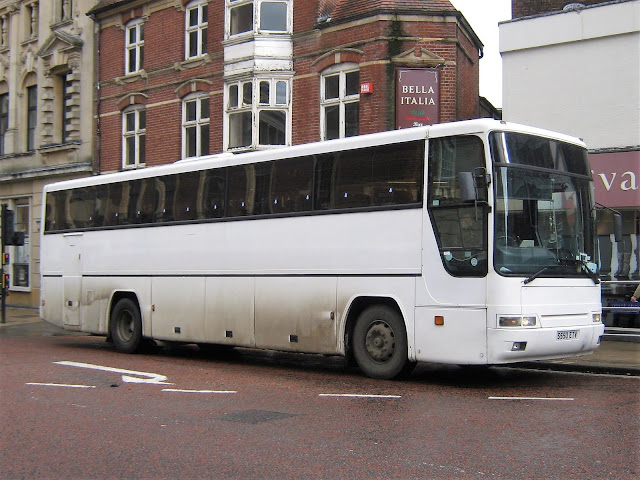 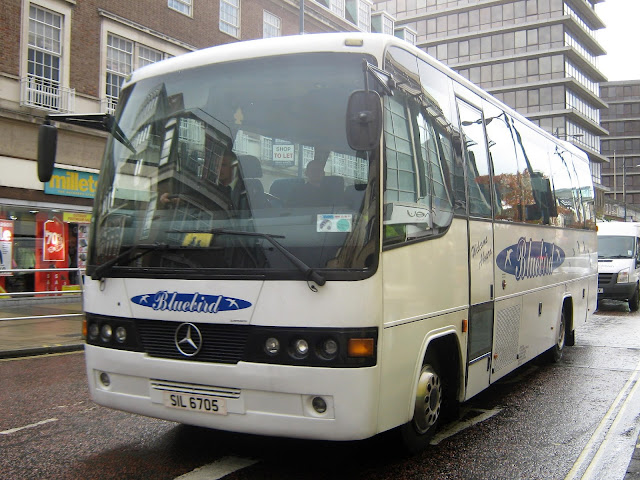 Our second independent is North Walsham based Bluebird Travel and we feature SIL 6705. It is a Mercedes Benz Atego O1120L with Spanish Ferqui Solera bodywork which began life as R768 ETC. The business, including SIL 6705, was acquired by AFSC of Aylmerton trading as Marett's Chariots in 2011. It was one of three vehicles offered for sale by AFSC at the beginning of 2018 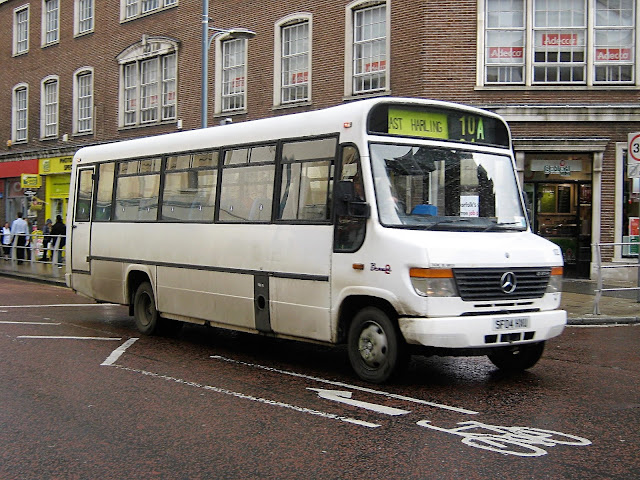 Another Semmence vehicle appears in the form of SF04 HXU, a dual purpose built Mercedes Benz Vario O814D/ Plaxton Beaver 2. Showing 10A East Harling as its destination, it had been with company since new in April 2004 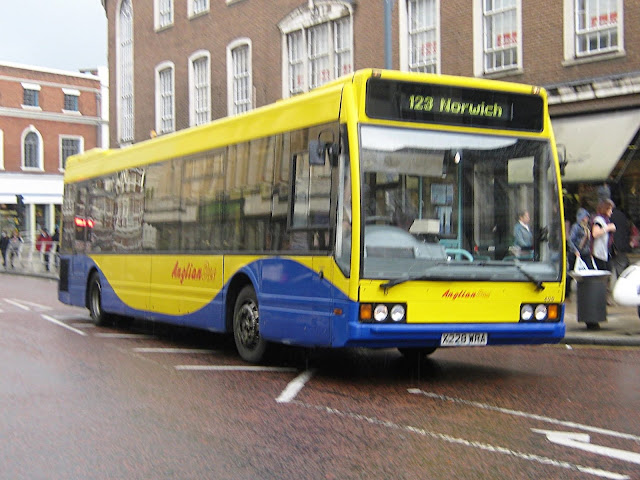 Finally an example from the Anglian Coaches fleet at the time is Optare Excel X228 WRA. Acquired from Trent Barton in 2007, it is seen here operating a 123 service in St Stephen's Street. In January 2013 it caught fire on its way back to the Beccles depot and was later observed in a sorry state at the bottom of the operator's Ellough yard.

Roy
Posted by eastnorfolkbus at 11:19