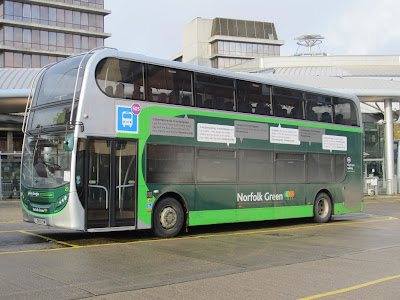 Norfolk Green's 21 SN12EHM was being used on the X29 route between the city and Fakenham.

Named Johnny Douglas, it was 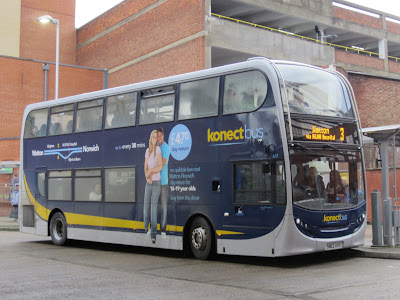 SN62AVO, numbered 611 in the fleet, is especially branded for the route

Also making an appearance on a service from London was National Express CO60 FJ06URG
Posted by eastnorfolkbus at 22:35