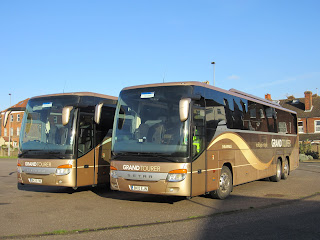 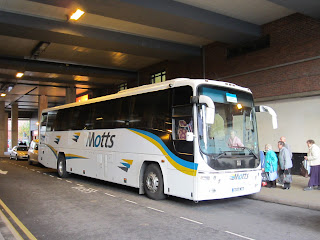 was lurking on the front forecourt

CT07MTT  was returning daytrippers to their accommodation at Warners Corton Village, just north of Lowestoft
Posted by eastnorfolkbus at 09:52