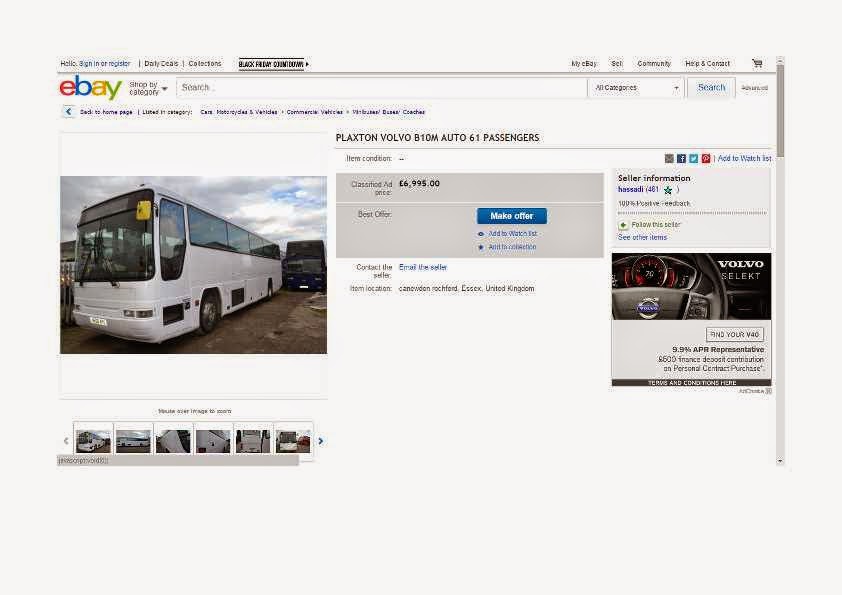 Plaxton bodied N608APU is currently being advertised on ebay at a price of £6,995

Thamesway, then part of the Badger Group, took delivery of the coach as part of a batch of 19 for 'City Saver' express services between London and Southend via Lakeside

Whilst the majority of the batch moved on to First Eastern Counties, 20108 remained with First Thamesway. In January 2004 it went on extended loan to First Wyvern for use on school contracts.

However, by June of that year N608APU had found employment with First Devon and Corwall. In late 2008, following a couple of years of inactivity in the reserve fleet, the Volvo lost its corporate First livery in favour of all over white and received the registration of WSV509

Update: It has just been reported on the First Essex Yahoo Group that N608APU has been sold to Worthen Motors of Shrewsbury
Posted by eastnorfolkbus at 10:39