A Morning in Norwich 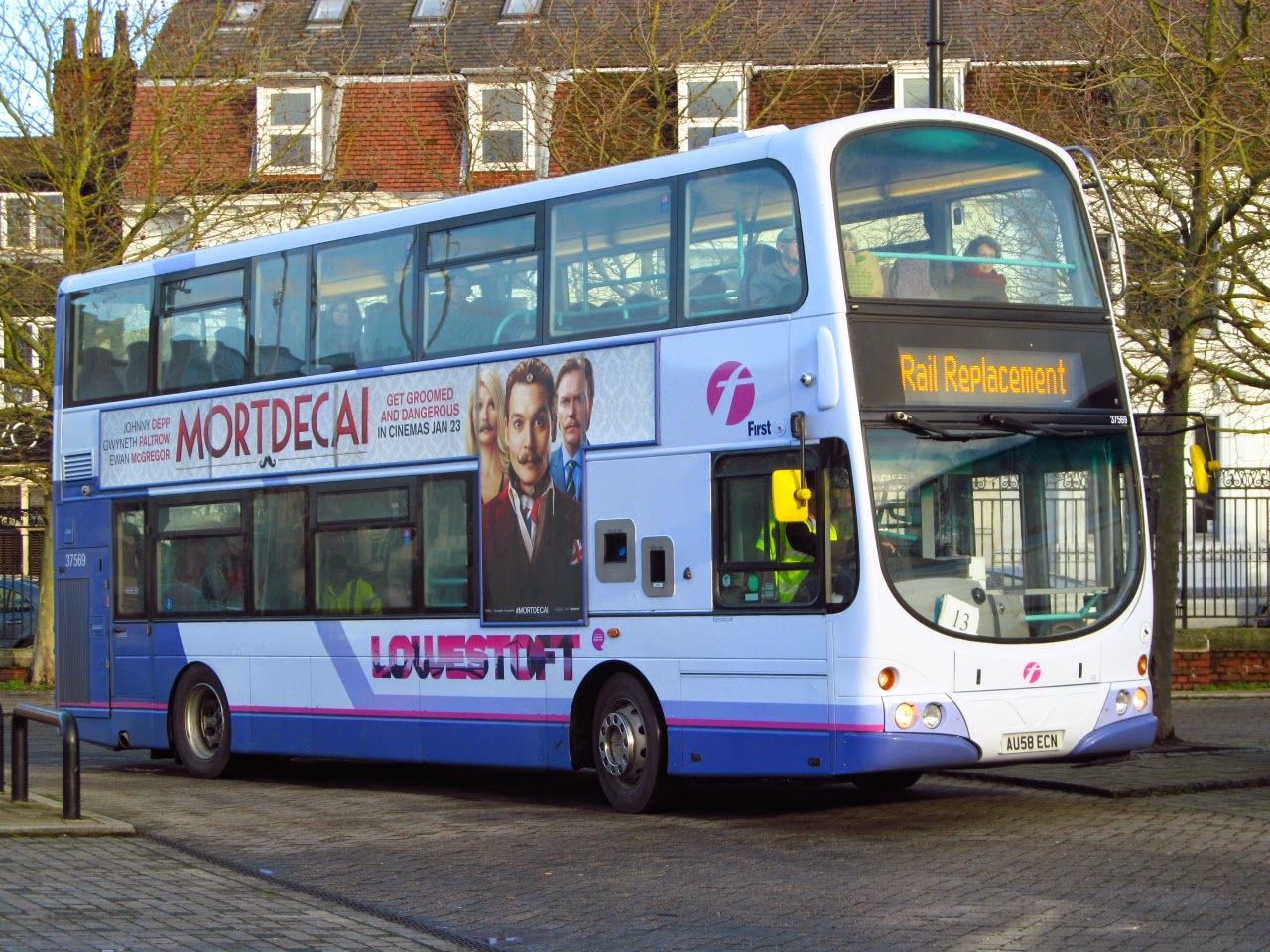 Rail Replacement work from Norwich to Stowmarket this weekend was the excuse for a trip to a very cold and windy city this morning. It did in fact start off very wet whilst waiting for the X1 from Acle!

Numerous operators were noted supplying vehicles for the replacements including First who had been swapping vehicles around on Friday to carry out the duties, Lowestoft Geminis 37569/37571 were noted in use at the Station whilst Norwich's 36175 was out on the X2, Im guessing another was also used but not noted on my visit.
A number of local Coach operators were also on duty including Smiths of Blofield, Chenery, Galloway, Simonds plus Essex companies Turners and Panther Travel.

Finally, I'm not much of a train person to be honest but I did note in the sidings at Norwich was Class 37 loco 37218 which is an old school diesel which I believe has been drafted in to replace Class 47 versions here but don't quote me on that!