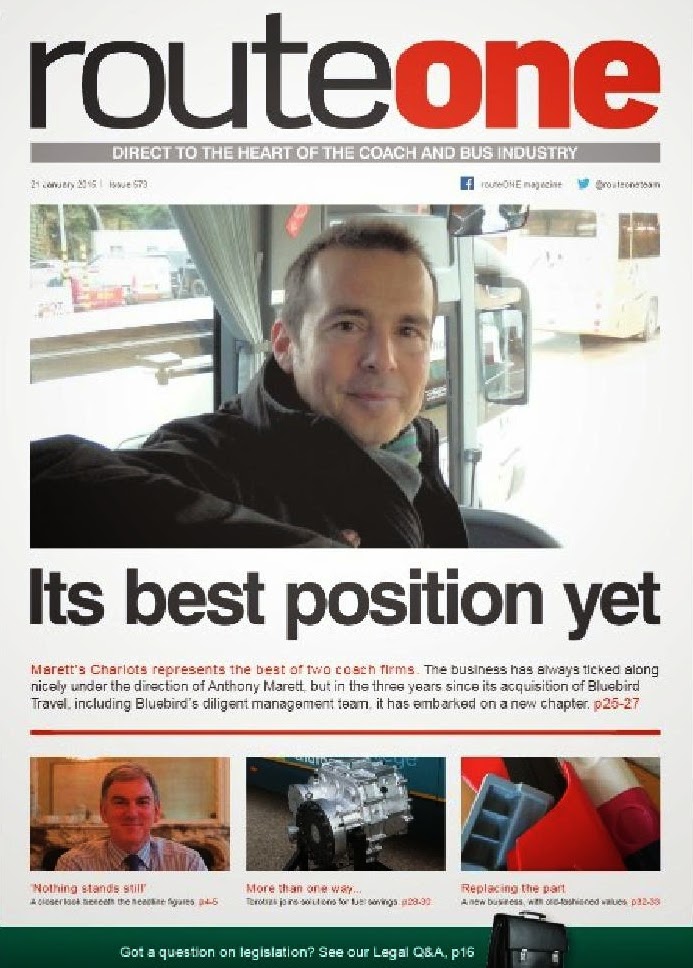 The February 2015 issue of Buses includes an article on the history of Anglianbus and its transformation following almost three years of ownership by the Go-Ahead Group. The report mentions that three Tridents are to be replaced by a similar number of refurbished Go-Ahead London Scania OmniDekkas. The article was prepared under the guidance of the since departed Operations Manager Philip Eden

The second local fleet in the news is the little mentioned Marett's Chariots of Aylmerton. The company, ranked as one of the best in Norfolk, is included in today's Route One Magazine. Started in the late 1980's, its acquisition of Bluebird Coaches in 2011 has put the business in the strong position it sees itself today.

Today's issue of Route One can be viewed HERE
Posted by eastnorfolkbus at 11:32