As all Twitter followers will know, #TBT is an abbreviation for 'Throw Back Thursday' which provides an excuse to post old photos. The blog has often published old pictures under this subject and today is no exception 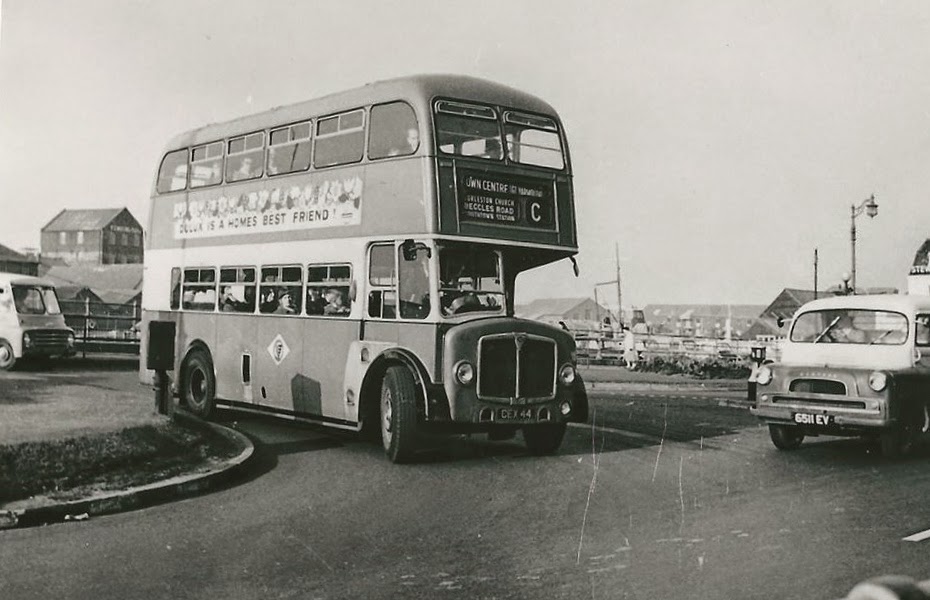 The location is the foot of Great Yarmouth's Haven Bridge, on the east side, and features a AEC Regent V with a Massey body of H33/28R configuration. CEX44 was delivered to Great Yarmouth Corporation in March 1959 and issued with fleet number 44

It is seen negotiating the roundabout on Hall Quay and is returning to the Town Centre from Gorleston Cliffs on service C. All Gorleston routes at that time were designated with letters instead of the usual numbering system. Closer inspection of the destination screen reveals via Southtown Station!

Thanks Tim for the great photo
Posted by eastnorfolkbus at 19:48