With the first month of 2015 drawing to a close, it is still difficult to believe that Great Yarmouth's Volvo Olympians are still in revenue earning service 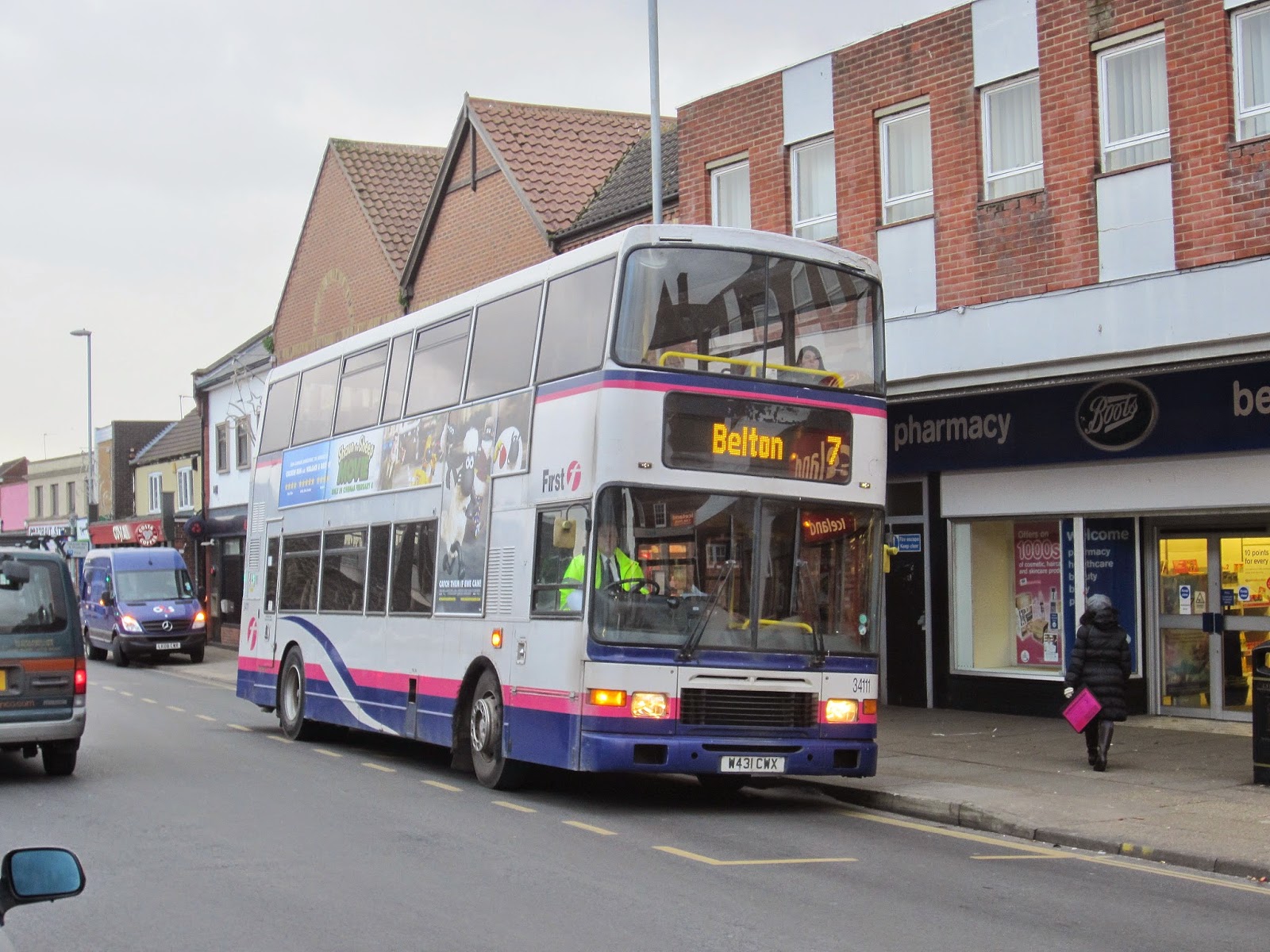 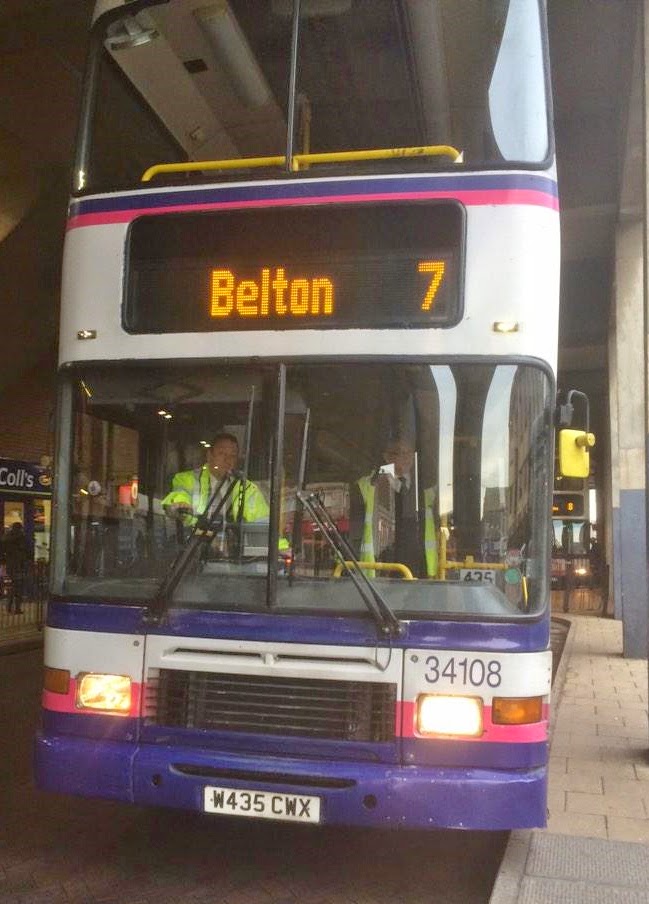 This afternoon I witnessed 34111 W431CWX on the 13:50 Great Yarmouth Market Gates to Belton and the 14:16 return journey. The Olympian is shown in Gorleston High Street heading for Great Yarmouth, despite its incorrect destination display

Their normal workings are usually on contract duties transporting workers to the Bernard Matthews factory.

This afternoon Jamie managed to photograph the sole Northern Counties Palatine bodied example as it was heading west on such a working. 34186 S686AAE was captured on film just as it was passing the Magdalen Arms on Church Lane in Gorleston

My thanks to Jamie for his reports and photos